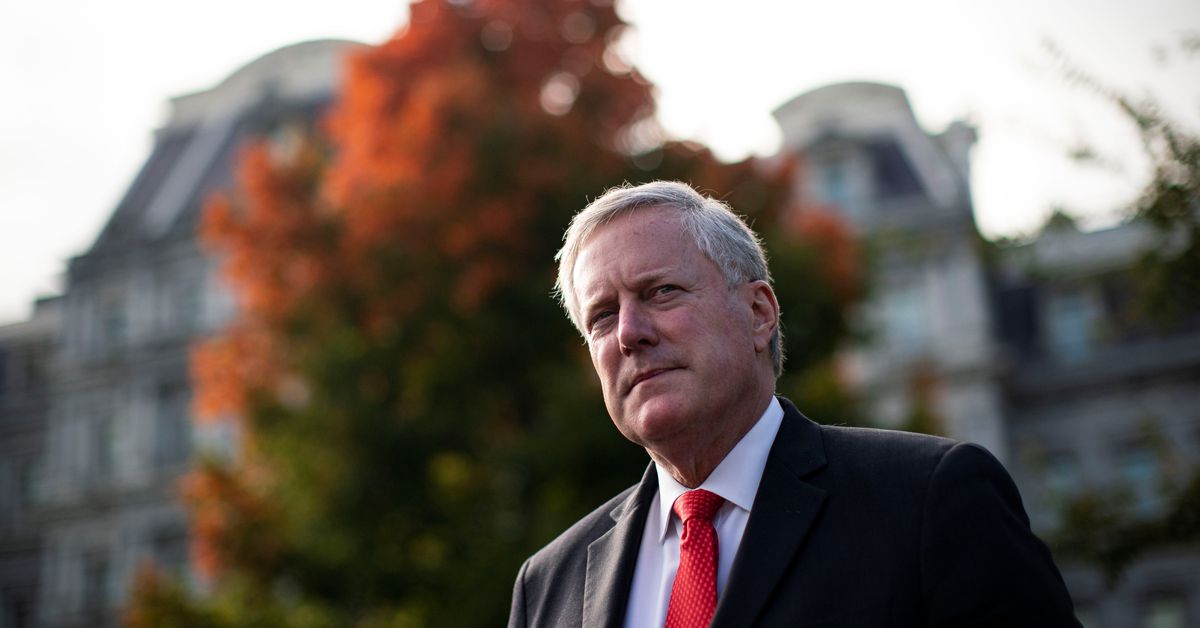 WASHINGTON, Nov 30 (Reuters) – The House of Representatives committee investigating the deadly Jan. 6 U.S. Capitol riot said on Tuesday that Mark Meadows, who served as former President Donald Trump’s White House chief of staff, has provided it with records and agreed to appear soon for a deposition.

“Mr. Meadows has been engaging with the Select Committee through his attorney. He has produced records to the committee and will soon appear for an initial deposition,” Democratic Representative Bennie Thompson, chairman of the House select committee, said in a statement.

Thompson did not rule out future action against Meadows. Noting that the panel expects all witnesses to provide all the information requested that it is lawfully entitled to receive, Thompson said: “The committee will continue to assess his degree of compliance with our subpoena after the deposition.”

Meadows had been called to appear before the committee earlier this month, but did not do so.

Trump has urged his associates not to cooperate with the committee, calling the Democratic-led investigation politically motivated and arguing that his communications are protected by executive privilege, although many legal experts have said that legal principle does not apply to former presidents.

On Jan. 6, Trump supporters stormed the Capitol in a bid to prevent Congress from formally certifying his 2020 presidential election loss to Democrat Joe Biden. Shortly before the riot, Trump gave a speech to his supporters repeating his false claims that the election was stolen from him through widespread voting fraud and urging them to go to the Capitol and “fight like hell” to “stop the steal.”

Trump issued a statement on Tuesday after news broke of Meadows’ agreement denouncing the committee and repeating his unfounded assertions that the election was rigged.

Meadows’ lawyer George Terwilliger did not immediately respond to a request for comment.

Terwilliger said in a statement to CNN, which first reported Meadows’ agreement, that the two parties had reached an understanding on how information can be exchanged moving forward. Terwilliger stated that Meadows and the committee are open to engaging on a certain set of topics as they work out how to deal with information that could fall under executive privilege.

Meadows was a Republican House member until joining Trump’s administration in 2020.

Trump’s former chief strategist Steve Bannon already has been criminally charged with contempt of Congress, pleading not guilty, after defying a select committee subpoena. The committee is meeting on Wednesday to consider seeking similar charges against Jeffrey Clark, who served as a senior Justice Department official under Trump.

Agreeing to appear for a deposition does not guarantee that Meadows will provide all the information requested in the committee’s subpoena. Clark appeared, but committee members said he did not cooperate with investigators.

House Majority Leader Steny Hoyer told reporters he expects the Democratic-led chamber to vote on Clark’s contempt recommendation this week, if the panel approves it as expected.

Separately on Tuesday, a three-judge panel of the U.S. Court of Appeals for the District of Columbia Circuit signaled skepticism during a three-hour hearing toward Trump’s bid to prevent records on his actions before and during the riot from being turned over to the committee. A judge earlier ruled that the committee could access the records.

Reporting by Patricia Zengerle; Additional reporting by Jan Wolfe; Editing by Mark Porter and Will Dunham