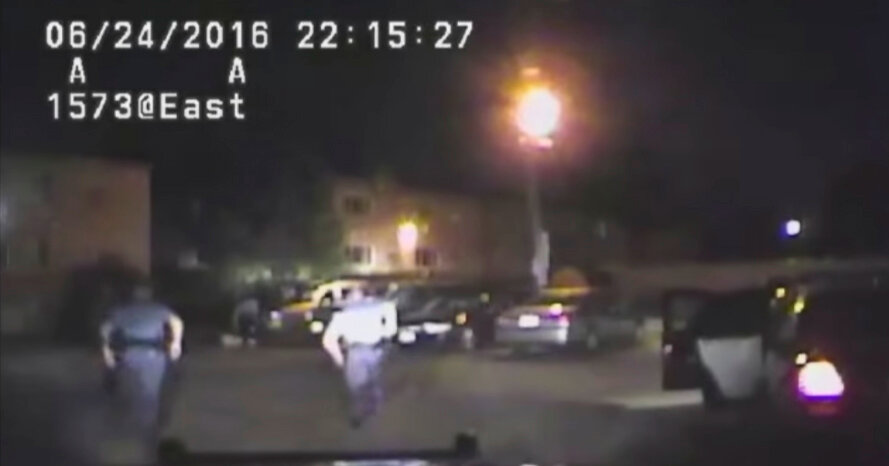 A former police officer in Minnesota was sentenced to six years in prison on Friday for kicking a Black man who was on the ground being bitten by a police dog after police mistook him for an armed suspect from a street fight in 2016, according to the authorities and court documents.

The former officer, Brett Palkowitsch, 31, was found guilty in a jury trial of a civil rights violation for using excessive force against an unarmed civilian, a Justice Department statement said.

He apologized in court for what prosecutors described as an abuse of authority.

“You flagrantly abused that trust,” Judge Wilhelmina Wright of the United States District Court in Minnesota told him, according to the statement.

Mr. Palkowitsch was indicted in January 2019 on one count of deprivation of rights under color of law, according to court documents. He was found guilty in November 2019.

The case was the latest in a string of episodes at the time in which the use of force by police officers against Black people roiled communities in Minnesota.

On June 24, 2016, Mr. Palkowitsch, then an officer with the St. Paul Police Department in St. Paul, Minn., and other officers responded to a 911 call saying a Black man with dreadlocks and wearing a white T-shirt had been involved in a fight and had a gun, the statement said.

When officers arrived, they did not see a fight but noticed a man, later identified as Frank Baker, who matched the description and was sitting in a car talking on a cellphone in an alley.

One officer told Mr. Baker to get out of the car and then released his police dog, which “took Baker to the ground and began mauling his leg,” the Justice Department said.

As other officers, including Mr. Palkowitsch, arrived, Mr. Baker was on the ground, screaming in pain. Mr. Palkowitsch kicked him, breaking seven ribs and causing his lungs to collapse, the statement said.

“Officers found no gun at the scene and no evidence that Mr. Baker, who was 52 at the time and lived in the neighborhood, had been involved in any fight,” the statement said.

His injuries left him in critical condition, it said, and he was treated in the hospital for two weeks.

Two officers who witnessed Mr. Palkowitsch’s actions, Officers Joseph Dick and Anthony Spencer, reported him to their supervisor and also testified in the court case about his use of excessive force, the Justice Department said.

They and other officers testified that after he returned to the station, Mr. Palkowitsch, who had been on the force for about three and a half years, boasted about the force of his kicks, the statement said.

Chris Wachtler, a lawyer for the St. Paul Police Federation, a union that represents rank-and-file officers, said at the time that the officers feared for their safety and believed the man had a gun.

On Monday, Mr. Wachtler, who represented the union in an arbitration over Mr. Palkowitsch’s subsequent termination, said that Mr. Palkowitsch was given a 30-day suspension without pay and then reinstated in April 2017.

Dashboard camera footage of Mr. Baker was released in November 2016, shaking the community, which had been roiled with protests after Minneapolis officers killed Jamar Clark in 2015 and after an officer from St. Anthony, Minn., fatally shot Philando Castile during a traffic stop in 2016.

Mr. Baker, a concert promoter, told Minnesota Public Radio News after the officer’s courtroom apology that he had long ago forgiven him.

But Mr. Baker added, “He made my life a living hell.”

The case led to additional training and policies that forbade officers from kicking a suspect who is on the ground, an arbitration document said.

It also prompted the police chief, Todd Axtell, to apologize to Mr. Baker and to suspend the handler of the police dog, Officer Brian Ficcadenti, for 30 days.