Ex-Officer in Colorado Pleads Guilty to Assaulting Woman With Dementia 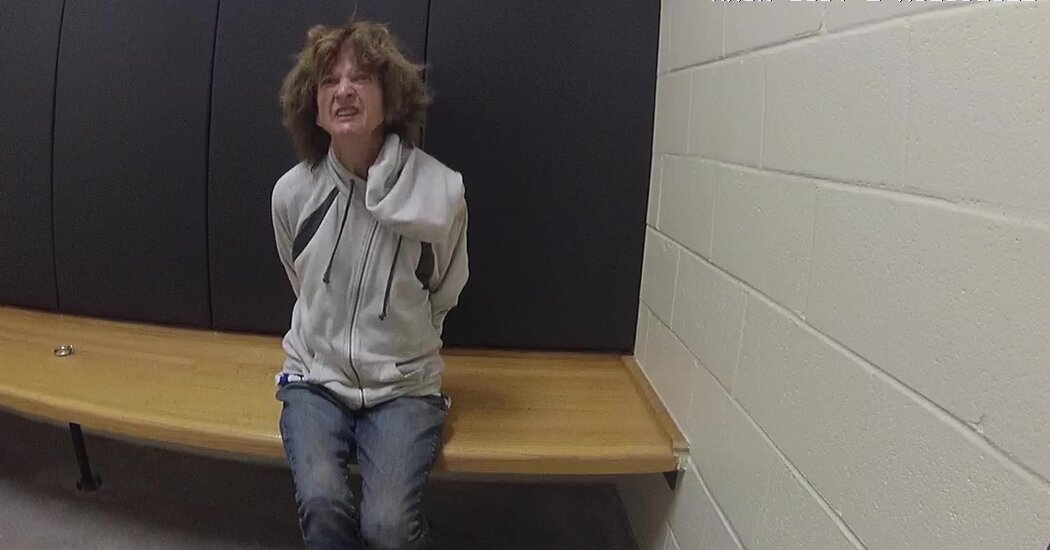 A former Colorado police officer faces up to eight years in prison after pleading guilty to assaulting a woman with dementia while arresting her on suspicion of shoplifting $13 worth of items from a Walmart.

Austin Hopp, formerly of the Loveland Police Department, pleaded guilty to second-degree assault on Wednesday in connection with the case of Karen Garner, now 75, who was injured after being pinned down during a 2020 arrest, court officials confirmed.

The plea deal leaves sentencing in the hands of Judge C. Michelle Brinegar of Larimer County District Court. According to a lawyer for Ms. Garner, Mr. Hopp faces two to eight years in prison for the midlevel felony charge. A sentencing hearing for Mr. Hopp, who is now living in Florida, is scheduled for May 5.

The plea deal that Mr. Hopp took was a waiver of a factual basis plea, which means that the facts of the case do not relate to the crime he is pleading guilty to, according to Sarah Schielke, Ms. Garner’s lawyer.

Jonathan Datz, who is listed as a lawyer for Mr. Hopp, could not immediately be reached for comment on Wednesday.

Chief Robert L. Ticer of the Loveland Police Department called Ms. Garner’s arrest “deplorable,” saying it was “a stark reminder that no police officer is above the law, which is why Austin Hopp is no longer associated with our department.”

According to Larimer County District Court officials, Mr. Hopp pleaded guilty to second-degree assault strangulation, even though there is no evidence that Mr. Hopp tried to strangle Ms. Garner. According to Ms. Schielke, the plea helps Mr. Hopp avoid the minimum 10 to 32 years in prison he would have faced had he been convicted in a trial. She said he had originally been charged with second-degree assault on an at-risk person, which under Colorado law carries mandatory prison time.

The main effect of the plea deal, Ms. Schielke explained, is to remove the requirement of a prison sentence, giving the judge the option of probation.

“If the judge gives him probation at sentencing, of course, this will be an utter travesty,” Ms. Schielke said. “If the judge sentences him to prison, then there will be some measure of justice, especially given the interest in deterring other police officers from abusing their power and hurting civilians.”

Police body-camera footage released last spring by Ms. Schielke shows an officer grabbing Ms. Garner on June 26, 2020, and flinging her to the ground. She had been walking home from a nearby Walmart, where employees had called the police because they said she had walked out without paying for $13.88 worth of items.

Ms. Garner, who has dementia and sensory aphasia, which impairs her ability to understand and communicate, forgot to pay for the items, according to her lawyer. A lawsuit filed last April against the city of Loveland stated that the officers who arrested Ms. Garner had broken a bone in her arm and dislocated her shoulder and that she had not been given medical attention for six hours.

Another video, also released by Ms. Garner’s lawyer last spring, showed the officers laughing at footage of Ms. Garner’s arrest. “I love it,” one officer says. “This is great.”

The two officers who arrested Ms. Garner, along with a community service officer who booked her and is accused of having denied her medical care, resigned in April of last year. Mr. Hopp was one of the two officers who faced criminal charges. The second was Daria Jalali, who was charged with not intervening in a case of excessive force or reporting it, prosecutors in Colorado said in May. Ms. Jalali is scheduled for a deposition hearing on April 26.

In September, Loveland agreed to pay Ms. Garner $3 million to settle her lawsuit against the city.

“The hope we have right now is that the amount of public scrutiny in this case and the horrific underlying facts of the case do cause the judge to do the right thing at sentencing and give him considerable prison time,” Ms. Schielke said.