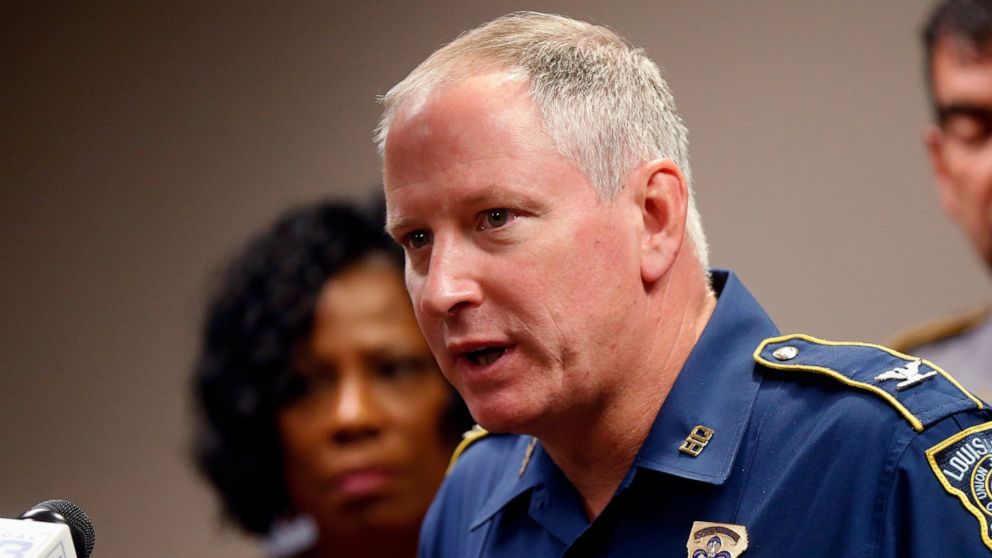 BATON ROUGE, La. — The former head of the Louisiana State Police has agreed to appear before the legislative committee investigating the fatal arrest of Ronald Greene — an in-custody death one lawmaker described Tuesday as “a modern-day lynching.”

Legislators plan to question former Col. Kevin Reeves as soon as next week about his response to Greene’s violent death and what Gov. John Bel Edwards knew about the 2019 case and when he knew it.

State troopers initially blamed Greene’s death on a car crash after a high-speed chase in northeast Louisiana. But The Associated Press last year published long-withheld body-camera video showing white troopers jolting Greene with stun guns, punching him in the face and dragging him by his ankle shackles as he wailed, “I’m your brother! I’m scared! I’m scared!”

A reexamined autopsy commissioned by the FBI rejected the crash theory last year, attributing Greene’s death to “physical struggle,” troopers repeatedly stunning him, striking him in the head, restraining him at length and Greene’s use of cocaine.

“Ronald Greene’s death can be equated to a modern-day lynching, and that’s just the facts,” Rep. Jason Hughes, a New Orleans Democrat, said during the committee’s first hearing. “It’s imperative that we garner the facts and the truth surrounding his death and that we leave no stone unturned.”

The bipartisan committee formed last month in response to another AP report that Edwards was informed within hours that troopers arresting Greene engaged in a “violent, lengthy struggle.”

The governor has said he was unaware Greene had been mistreated until September 2020 and did not speak out about the troopers’ actions — even after privately watching graphic body camera footage of the arrest — because of an ongoing federal civil rights investigation.

Edwards initially derided the legislative inquiry as a “witch hunt” before issuing a later statement saying he was “certain that any fair and impartial investigation will conclude that I made no attempt to impede or interfere with any investigation into Mr. Greene’s death.”

“The Governor hasn’t been invited to appear before the committee,” Edwards’ spokesperson wrote in an email Tuesday. “He will review any and all requests to our office for documents or testimony very seriously.”

The legislative action is playing out amid a separate, long-running federal investigation into the deadly encounter. Federal prosecutors are also examining whether state police brass obstructed justice to protect the troopers who arrested Greene, including one who later admitted bashing the motorist in the head with a flashlight.

Asked Tuesday whether that grand jury investigation would hamper lawmakers’ work, Rep. Tanner Magee, the Republican chairman of the committee, told reporters that federal authorities “have had three years to criminally investigate these people. S—t or get off the pot.”

Reeves, who stepped down in late 2020 amid mounting controversy over Greene’s death, is among several current and former ranking state police officials expected to address the committee in the coming weeks.

His attorney, Lewis Unglesby, told AP that Reeves “will have truthful answers for whatever questions” lawmakers ask. He said Reeves is not a subject or target of the federal investigation.

Reeves texted Edwards within hours of Greene’s death, but it is not known whether the two had any follow-up conversations about the case. The governor regularly communicated with Reeves about officer-involved shootings and often received updates as law enforcement learned more about those incidents, text messages obtained by AP through a public records request show.

“I know it has been tough,” Edwards texted Reeves on Oct. 14, 2020, the day Greene’s family first met with the governor before privately viewing the body camera footage of Greene’s death. “We will get through this.”