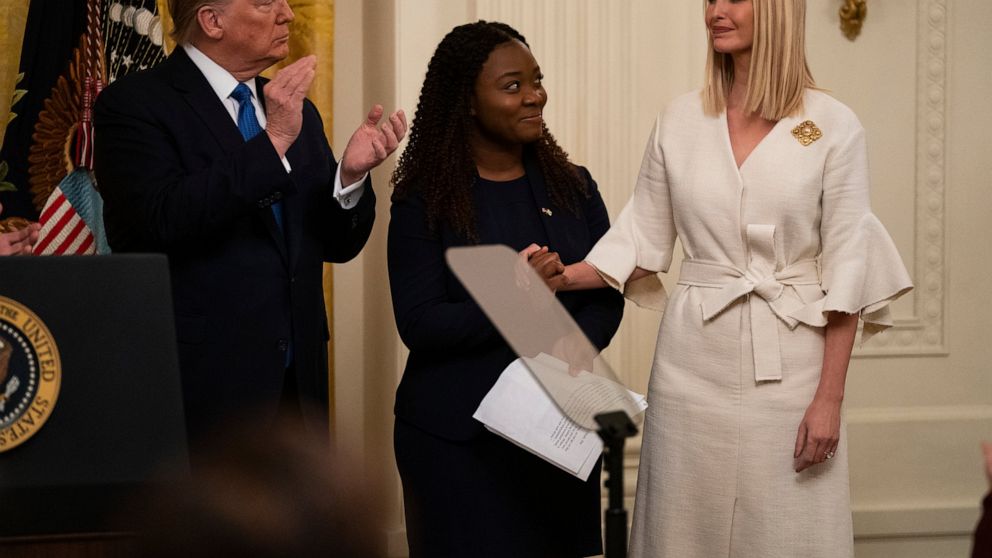 More than a dozen prominent evangelicals are appealing to first daughter and presidential adviser Ivanka Trump to help ensure the Trump administration adheres to federal anti-trafficking law in its treatment of unaccompanied migrant children.

In a letter to President Donald Trump’s daughter sent Monday, the evangelical leaders laud Ivanka Trump for her recent declaration that human trafficking is “the gravest of human rights violations.” They urge her to “use your significant influence within the administration” to help end the suspension of a federal anti-trafficking law that had provided safeguards for unaccompanied children who cross the border.

“For many evangelical Christians throughout the United States, fighting human trafficking and standing for vulnerable children are key policy priorities,” the evangelicals wrote in their letter, which was shared in advance with The Associated Press.

The signatories added that they “support measures to protect public health, but we believe our government can take appropriate precautions to minimize any public health concerns without disregarding the life-saving protections guaranteed by” the anti-trafficking law, which was suspended by the Trump administration in the first month of the coronavirus pandemic.

The AP reported last month that the administration has detained migrant children as young as 1 in hotels before deporting them rather than moving them to facilities under the supervision of the Department of Health and Human Services.

The suspended 2008 law, named for the late Christian abolitionist William Wilberforce, requires that unaccompanied migrant children who may be vulnerable to trafficking be transferred from the Department of Homeland Security to HHS custody.

Walter Kim, president of the National Association of Evangelicals, said he and other Christian leaders who signed the letter see a “continuum of issues, that in particular relate to children, that we feel as followers of Jesus it is incumbent upon us to speak up.”

Their aim, Kim said in an interview, is ensuring there is “a consistent ethic we pursue as a nation with respect to the protection of the vulnerable.”

The evangelicals note in their letter that several of their groups work in Central America and can attest to the “high risk of trafficking, violence and exploitation” facing many children expelled back to the countries they attempted to leave by seeking asylum in the United States.

In addition, the letter notes that the administration’s acknowledged practice of expelling unaccompanied migrant children after they have tested negative for the coronavirus indicates that applying the anti-trafficking protections of the 2008 law would not pose a pandemic-related risk.

“We must not allow COVID-19 to serve as a pretext for abandoning our national commitment to standing for vulnerable children and against the scourge of human trafficking,” it said. “Our faith compels us to speak up for these children.”

Many of the signatories are members of the Evangelical Immigration Table, a group of faith-motivated advocates for comprehensive immigration reform. Members of that group pressed the Trump administration for changes in its pandemic-related immigration policies in April.

Associated Press religion coverage receives support from the Lilly Endowment through the Religion News Foundation. The AP is solely responsible for this content.