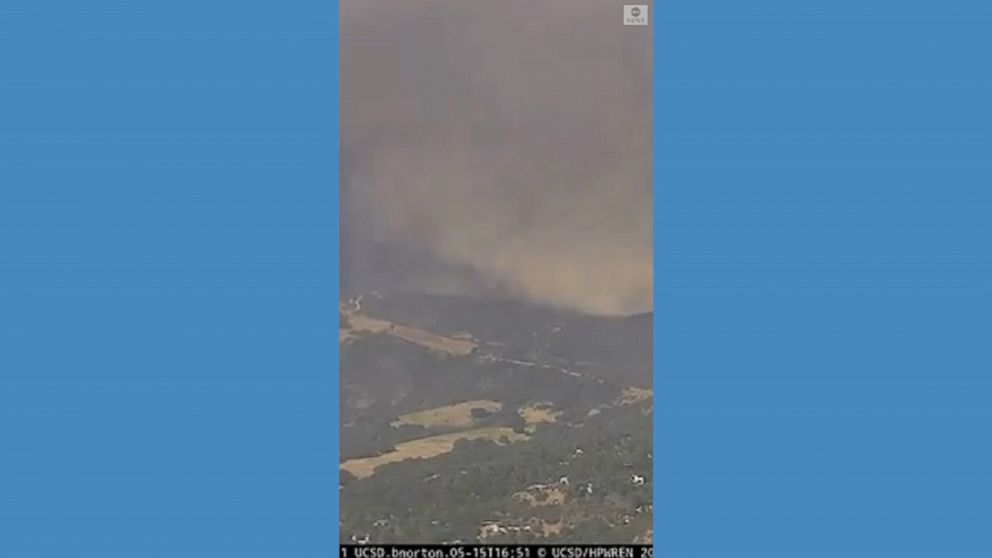 BAGDAD, Ariz. — A day after frantically fleeing a remote Arizona mining town where a wildfire destroyed at least a dozen homes, hundreds of residents were allowed to return Friday.

Evacuation orders for the community of Bagdad were lifted as the blaze was now 50% contained, the Arizona Department of Forestry and Fire Management said. Crews will monitor the fire perimeter into the night.

The fire started Thursday afternoon in the community in desert hill country about 100 miles (160 kilometers) west of Phoenix. It grew to 150 acres (61 hectares), prompting officials to issue 570 evacuation notices to residents.

There have been no reports of injuries in the town of about 2,000 and there were conflicting reports about how many homes burned.

The Yavapai County Sheriff’s Office estimated in a statement that 25 to 30 homes “were lost” while the Arizona Department of Forestry and Fire Management said 13 homes plus at least 10 other buildings had been destroyed.

An initial investigation indicated that road work may have started the fire but the investigation was ongoing, the sheriff’s office said in a statement Thursday night. State forestry officials have not commented on the cause.

Air tankers and helicopters dropped fire retardant and water on homes, brush and dry grass and a shelter was set up at an elementary school in the town of Wickenburg, about an hour’s drive from Bagdad.

Bagdad resident Jerry Hoddy, whose duplex was engulfed by the fire, told azfamily.com that he learned of the blaze thanks to a neighbor who banged on his door while he was napping. Hoddy said he grabbed his phone, a briefcase with important documents and three fishing poles.

Despite the loss of his home, Hoddy was thankful he and others escaped without injury.

“My involvement with sports all through high school and college has prepared me mentally for most disasters that life can throw at you. We’ll all get through this as a community,” Hoddy said.

At one home, a motorboat in the backyard was the only large object that appeared to survive the fire.