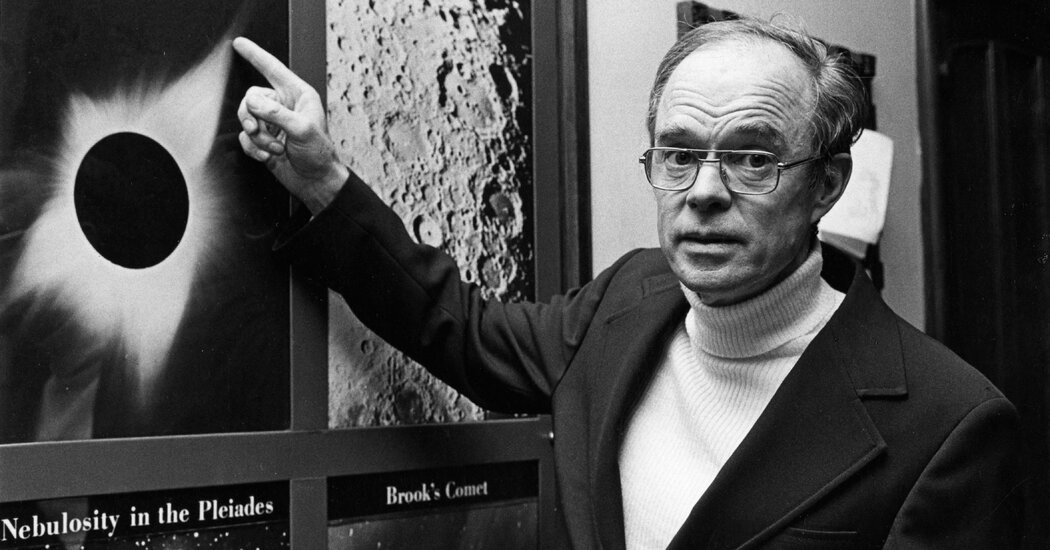 Dr. Parker, he said, was happy when people pointed out a mistake in his calculations but not pleased when people accepted prevalent scientific assumptions without question.

“He had little patience for ‘It’s well known that …’” Dr. Turner said.

Even though Dr. Chandrasekhar, a future Nobel laureate, disagreed with Dr. Parker’s conclusions, he overruled the reviewers, and the paper was published.

When Dr. Zurbuchen joined NASA in 2016, the agency had been working for years on a mission called Solar Probe Plus, which was to swoop close to the sun repeatedly. Dr. Zurbuchen said he disliked the name Solar Probe Plus and wrote to the National Academies of Sciences, Engineering and Medicine asking it to suggest a person to name the mission after.

NASA had never before named a spacecraft after a living person. But Dr. Zurbuchen, who had met Dr. Parker years earlier, said he did not have much trouble getting Robert Lightfoot, the acting administrator of NASA at the time, to approve the change in 2017. Dr. Zurbuchen then called Dr. Parker to ask if that would be all right with him. “He said, ‘Absolutely. It will be my honor,’” Dr. Zurbuchen recalled.

Dr. Parker later said he was surprised that NASA had asked for his permission.

The next year, Dr. Parker and his family traveled to Florida to watch the launch of his namesake spacecraft.