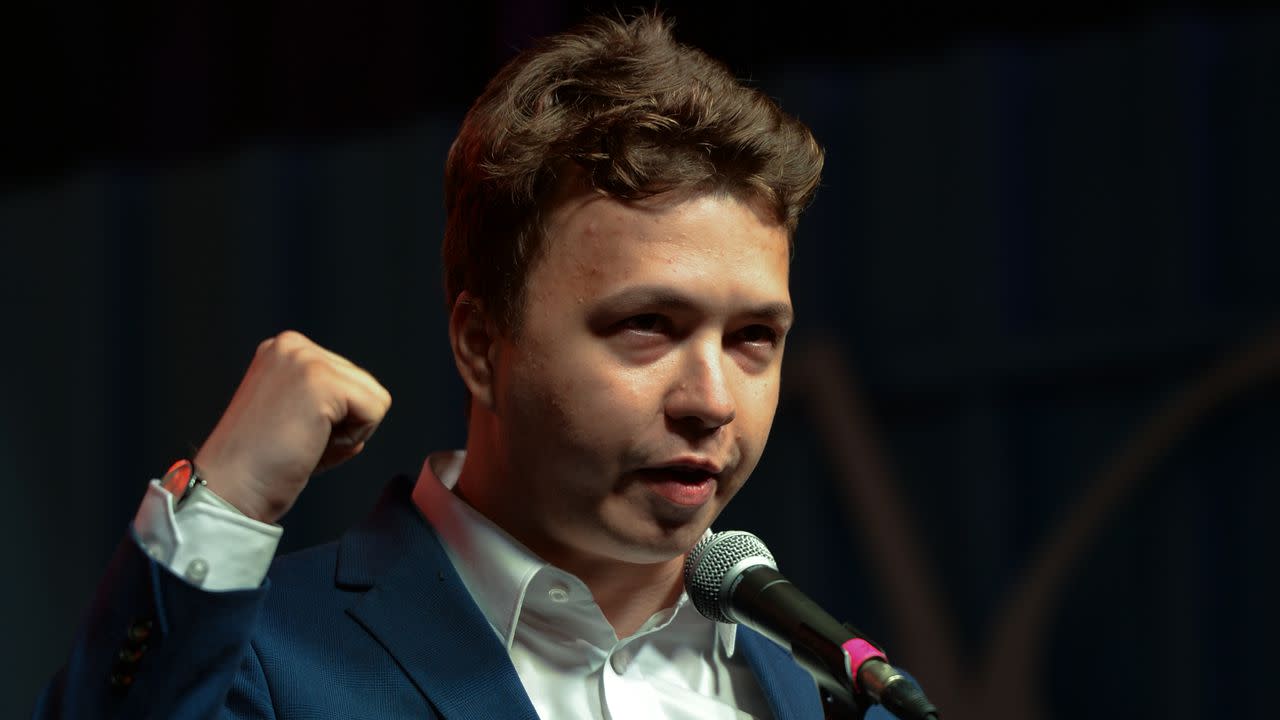 The European Union on Friday banned Belarus airlines from flying over EU territory or landing in its airports in response to the Belarus government’s forced landing of a Ryanair plane to arrest journalist Raman Pratasevich.

Driving the news: The restrictions come one day after Pratasevich appeared in a video on Belarus state television declaring his respect for strongman Aleksandr Lukashenko — who he has opposed for years — and claiming to have organized “mass riots” against the regime.

Stay on top of the latest market trends and economic insights with Axios Markets. Subscribe for free

The big picture: The diversion of the Ryanair passenger jet carrying Pratasevich last month prompted international outrage after it was revealed that Belarus security services had called in a fake bomb threat to force the plane to land in Minsk to arrest Pratasevich and his girlfriend.

More from Axios: Sign up to get the latest market trends with Axios Markets. Subscribe for free