Elizabeth Warren was surrounded by Easter eggs as she addressed the convention. – The New York Times 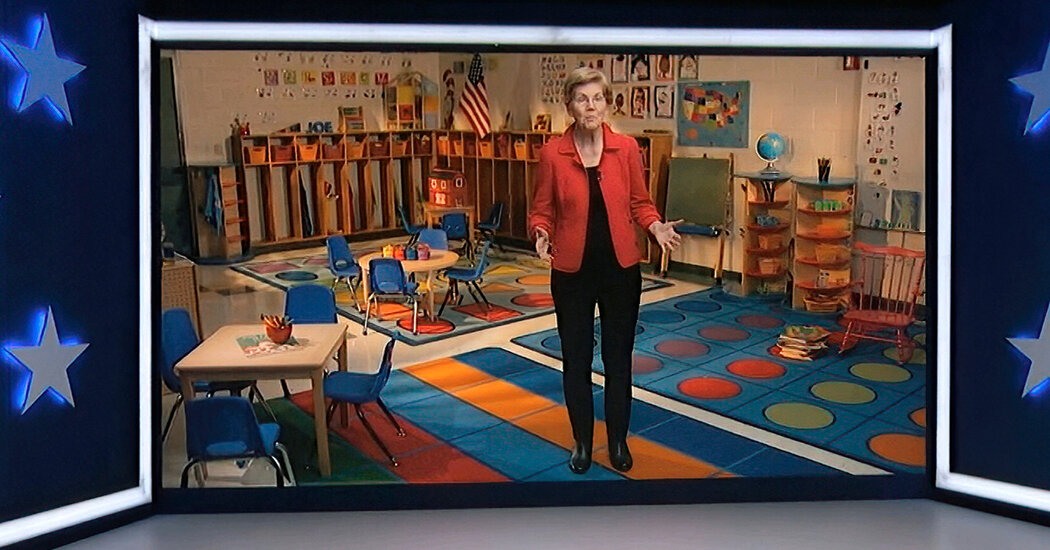 Sharp-eyed watchers of Senator Elizabeth Warren’s convention speech, which was broadcast Wednesday from a virus-shuttered child care center in Springfield, Mass., may have noticed something unusual in the background: analog Easter eggs that nodded to her policy positions.

In the one cubby in the classroom, three colorful blocks spelled out “BLM,” for “Black Lives Matter.” On a shelf over her shoulder were four green letters: “DBFH,” an acronym of her campaign slogan, “Dream big, fight hard.” A child-sized letter carrier’s uniform alluded to the current battle over cutbacks at the Postal Service.

A Twitter thread compiled by her campaign revealed the not-so-hidden messages surrounding her: