E.P.A. to Propose Restrictions on Asbestos 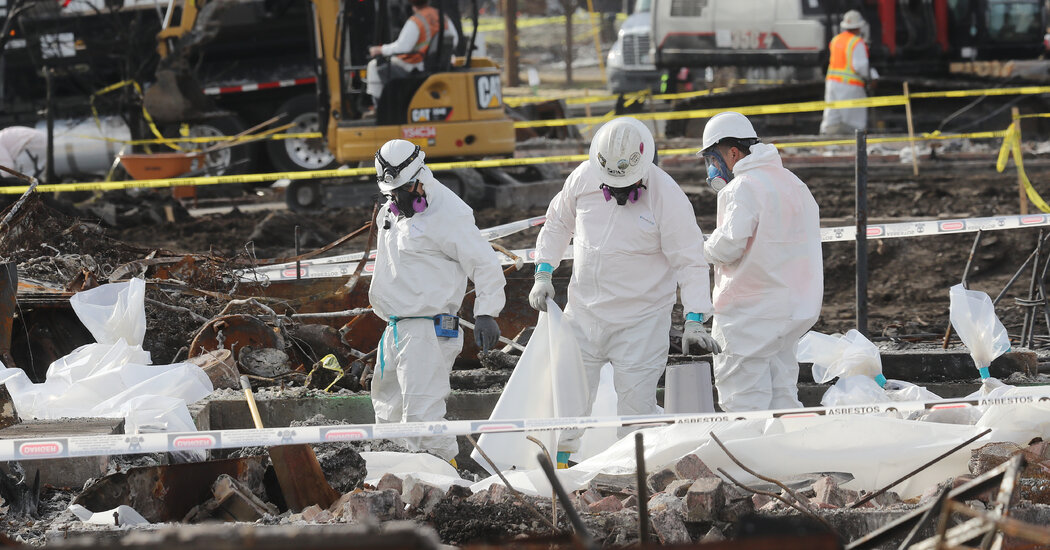 Neither company responded to a request for comment. Frank Reiner, the president of the Chlorine Institute, which represents chlorine producers and distributors, said his member companies need to review the proposed rule before commenting.

The industry considers the use of chrysotile asbestos to be safe, he said. “In chlorine production there have been measures in place for many, many years,” Mr. Reiner said. “It is our belief that we have been using it safely and taking appropriate measures.”

The United States Chamber of Commerce said in a statement that banning chrysotile asbestos will have “unintended consequences” because it is used in the production of chlorine, which is used to treat drinking water. Marty Durbin, president of the chamber’s energy institute, said the E.P.A. should take a “more realistic approach to asbestos regulation.”

About 300 metric tons of chrysotile asbestos were imported to the U.S. in 2020, according to a United States Geological Survey Mineral Commodity Summaries report. It is almost exclusively used to make chlorine-based products, the E.P.A. said.

An evaluation conducted in 2020 by the E.P.A. found “unreasonable risks to human health” associated with asbestos diaphragms, sheet gaskets, brake blocks and other products.

Linda Reinstein, president and founder of Asbestos Disease Awareness Organization, said the five other forms of asbestos are just as dangerous and should be banned. She noted that one of the biggest threats is legacy asbestos, stemming from decades of unbridled use of the product in construction, building insulation and the manufacturing of many products.