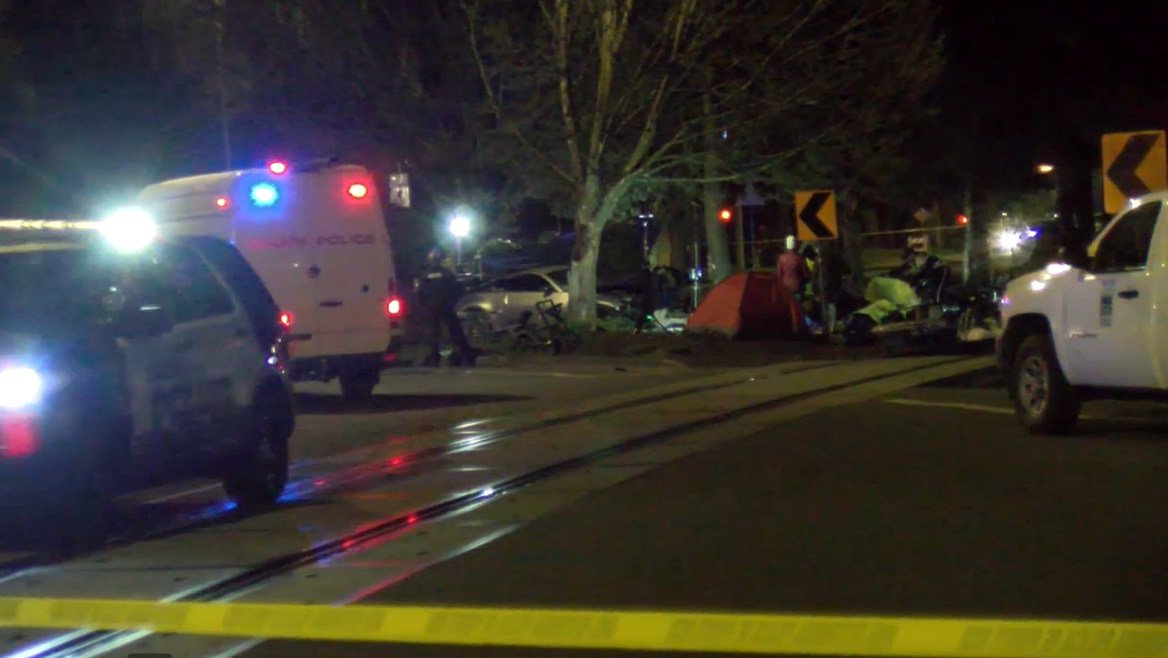 SALEM, Ore. (KTVZ) — Police arrested on manslaughter, DUII and other charges a 24-year-old driver who they said crashed into a homeless encampment in Salem early Sunday morning, killing four people and injuring three others, including the driver.

Salem police said Enrique Rodriguez Jr., 24, was arrested and lodged in the Marion County Jail on four counts of first-degree manslaughter as well as second- and third-degree assault and six counts of reckless endangerment. The jail booking sheet Sunday night showed he was being held without bail on the manslaughter charges and also listed a total of 14 charges, including misdemeanor DUII.

The crash was reported at 2 a.m. in the area of Front Street and Division Street Northeast, not far from the Willamette River, police said.

Police said a preliminary investigation by the Salem Police Traffic Team indicated the driver of a two-door sports coupe was traveling northbound on Front Street, passing Union Street, when the car left the roadway and crashed into an unsheltered encampment, pinning two people beneath the car.

The camp was located at the corner where Front ST NE intersects with the Front ST business route known as OR99E.

Two people died at the scene, police said. Four others from the encampment were transported to Salem Health with life-threatening injuries, two of whom later died at the hospital. Rodriguez, who was alone in the car, also was transported for medical treatment, they said.

The exact number of individuals and tents at the encampment is not known, police said.

Officers helped several uninjured campers collect some of their belongings and provided shelter assistance. Three people were taken to a local motel. “The city of Salem’s homeless advocacy partners were also contacted in an effort to get the members of out unsheltered community connected to needed resources as a result this tragedy,” the update stated.

“The Salem Police Traffic Team is actively investigating the circumstances and believe alcohol may have been a contributing factor,” officers said.

None of those involved were being named, pending notification to family members. Police said they don’t have any updated information on the condition of the survivors of the crash.

Salem police extended thanks to the Marion and Polk county sheriff’s offices and Keizer police for their help handling emergency calls in Salem so police could “focus resources to the incident.”