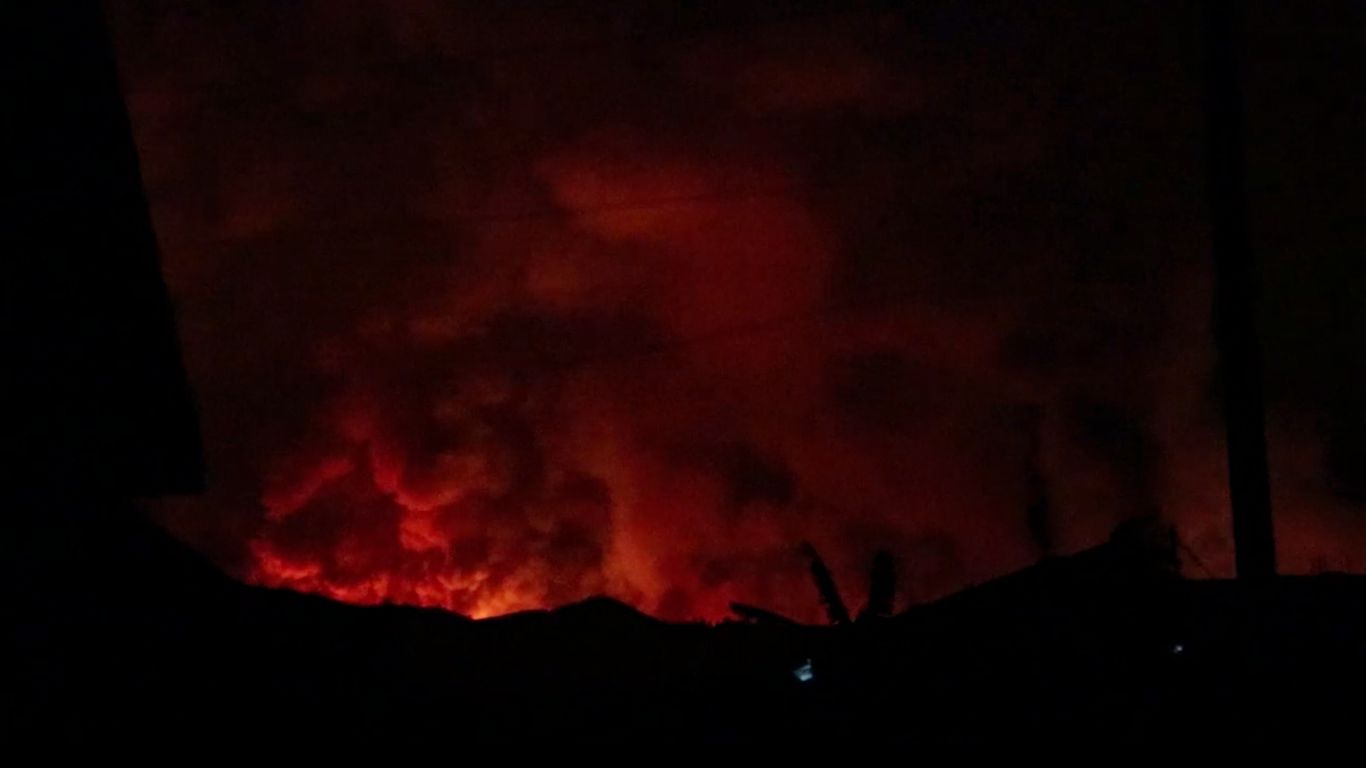 Mount Nyiragongo in the eastern Democratic Republic of Congo erupted on Saturday, forcing thousands of people to evacuate the nearby city of Goma, per Reuters.

The state of play: Witnesses told AP that lava had “engulfed” a highway connecting Goma with the city of Beni and Reuters reports that lava has reached an area near Goma’s airport, on the outskirts of the city, which has a population of about 2 million.

Context: Lava from the volcano’s last major eruption in 2002 flowed into the city, killing 250 and leaving tens of thousands more homeless, according to CNN.