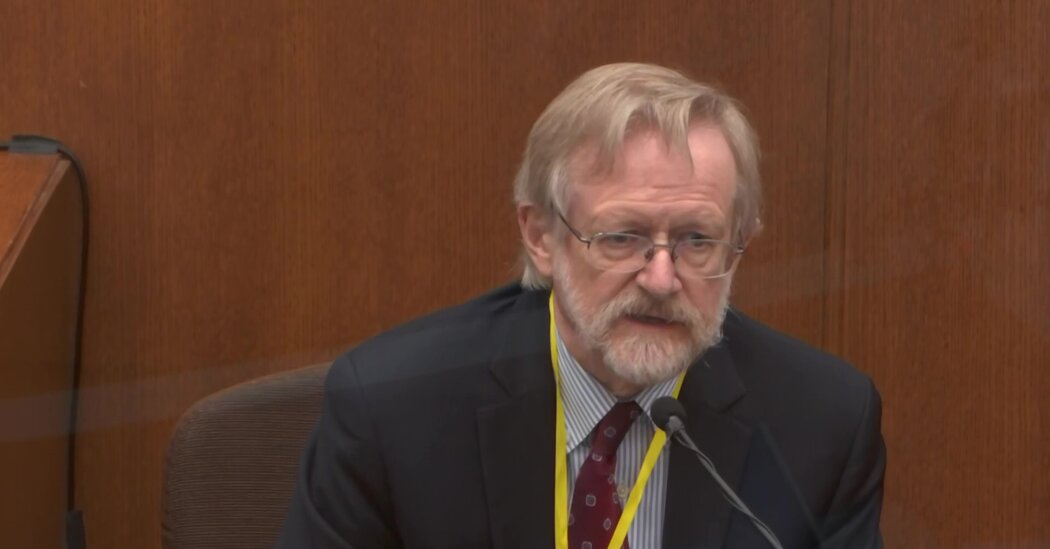 Dr. Martin J. Tobin, a pulmonologist and critical care physician from the Chicago area, was the first witness prosecutors called to the stand in the Derek Chauvin trial on Thursday.

When the prosecutors asked if he had formed a medical opinion on what had caused George Floyd’s death, Dr. Tobin said, “Mr. Floyd died from a low level of oxygen, and this caused damage to his brain that we see, and it also caused a P.E.A. arrhythmia because his heart stopped,” referring to pulseless electrical activity, or cardiac arrest.

The low level of oxygen was caused by “shallow breathing,” he said. Mr. Floyd’s prone position and being handcuffed and Mr. Chauvin’s knee on his neck and back contributed to his shallow breathing.