Dozens of former McCain and Romney staff members back Biden. 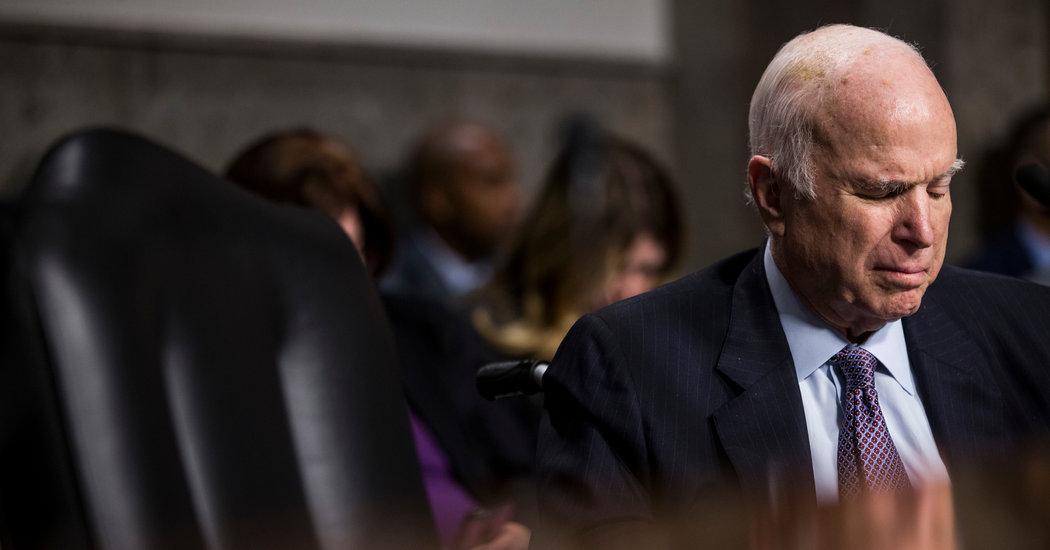 In contrast to the Democratic convention, where three former presidents and the party’s 2016 nominee Hillary Clinton, made the case for Joseph R. Biden Jr., the Republican convention has been devoid of such standard bearers this week for President Trump.

Both have been targets of Mr. Trump — Mr. McCain, who died in 2018, for his role in helping to preserve the Affordable Care Act, and Mr. Romney for voting in support of one of the articles of impeachment against Mr. Trump.

The cross-aisle alliance between Mr. McCain and Mr. Biden, one a conservative war hero from Arizona and the other an Irish Catholic senator from Delaware, has been pointed to by Mr. Biden’s supporters as an example of Mr. Biden’s bipartisan spirit.

The group of more than 100 former McCain staffers hope that their endorsement amplifies Mr. McCain’s “Country First” credo. That motto and “his frequent call on Americans to serve causes greater than our self-interest were not empty slogans like so much of our politics today,” the group of aides, most of them still Republicans, wrote in a joint statement, praising Mr. McCain and implicitly taking aim at President Trump. “They were the creed by which he lived, and he urged us to do the same.”

“We have different views of Joe Biden and the Democratic Party platform — most of us will disagree with a fair amount of it — but we all agree that getting Donald Trump out of office is clearly in the national interest,” Mr. Salter said.

The list of signers includes a range of people — from chiefs of staff in Mr. McCain’s Senate office to junior aides on his campaigns — who worked for him over his 35 years in Congress and during two presidential bids.

“What unites us now is a deep conviction that four more years of a Trump presidency will morally bankrupt this country, irreparably damage our democracy, and permanently transform the Republican Party into a toxic personality cult,” they wrote. “We can’t sit by and allow that to happen.”