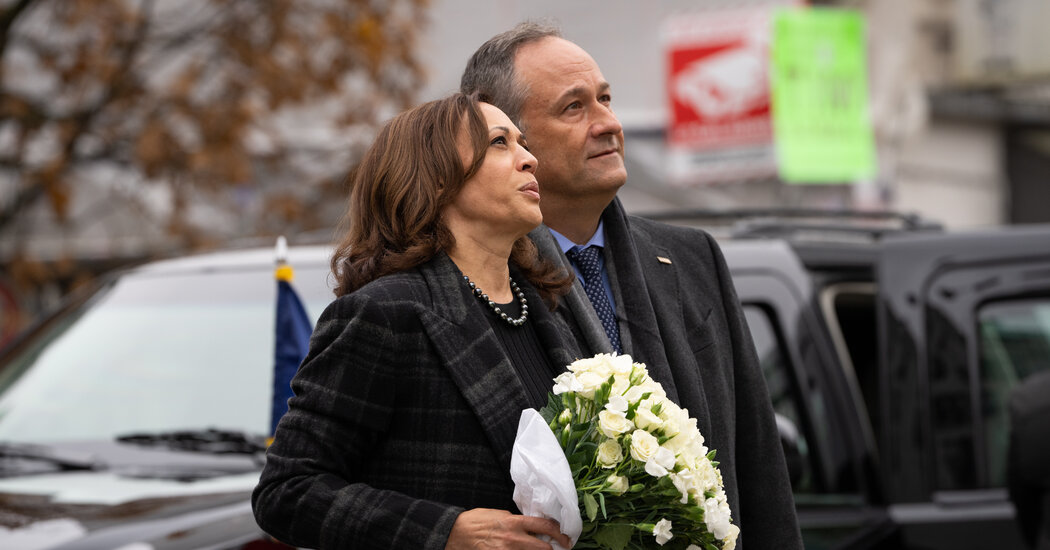 WASHINGTON — Doug Emhoff, the husband of Vice President Kamala Harris, tested positive for the coronavirus on Tuesday, according to a statement from the White House.

Mr. Emhoff’s positive result forced Ms. Harris to back out of an event at the White House with President Biden about equal pay, according to Sabrina Singh, a spokeswoman for Ms. Harris, who said the vice president was skipping the event “out of an abundance of caution.” Ms. Harris tested negative for the virus on Tuesday, Ms. Singh said.

Before skipping the equal pay event, Ms. Harris stood alongside Mr. Biden during a bill signing on Tuesday. She also joined him in the Oval Office to receive the President’s Daily Brief, according to her schedule. Mr. Biden received a negative test result on Sunday, the White House press secretary, Jen Psaki, said on Tuesday.

The prospect of the coronavirus spreading among the inner circle of the White House comes as Mr. Biden prepares to travel to Europe next week for a pivotal NATO summit to discuss the Russian invasion of Ukraine. Ms. Harris returned this weekend from a trip of her own in Europe, where she met with the presidents of Poland and Romania.

The coronavirus has already begun to spread anew in Congress: At least nine House Democrats announced in the past five days that they had tested positive for the virus. More than half of those cases emerged after lawmakers attended a party retreat last week in Philadelphia — an event Mr. Biden attended to deliver a speech.

But there has been little sign that the White House or Congress will reimpose precautions meant to mitigate the spread of the coronavirus. The Centers for Disease Control and Prevention issued guidance last month that was expected to relax mask-wearing requirements for most Americans, and many leaders across the country have made the decision to drop pandemic-era restrictions.

On Tuesday, Mr. Emhoff visited members of AmeriCorps at the Marvin Gaye Greening Center in Washington for an event on community-based gardens. He shoveled dirt and observed produce while chatting with workers at the green space project.

Asked if Mr. Emhoff had been tested before the event, a White House official did not specify but said that he started to experience mild symptoms on Tuesday afternoon. He took an antigen test that was negative, the official said, and then took a PCR test that came back positive. It was not clear when Mr. Emhoff was last tested before Tuesday afternoon.