Don’t give in to ‘election stress disorder.’ 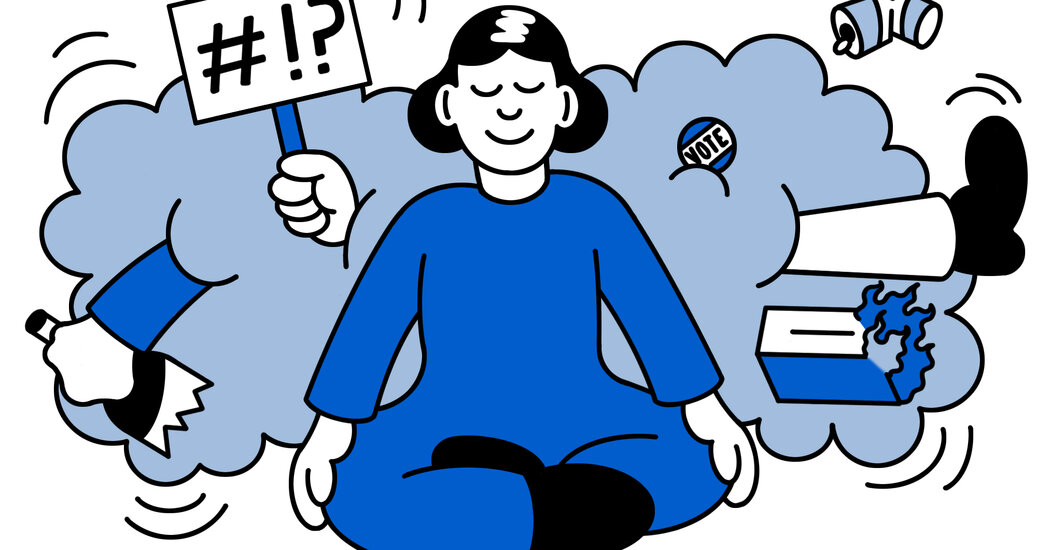 Is this election stressing you out? You’re not alone. According to a poll released by the American Psychological Association in October, 68 percent of adults report finding the election to be a significant source of stress.

There’s even a name for it, “election stress disorder,” coined in 2016 by a Maryland couples counselor named Steven Stosny.

So how can you engage with friends and family members across the political divide on Election Day and afterward without fighting and pointing fingers? It starts with addressing your own feelings.

Prepare for no results.

There’s a big chance the presidential election will not be called on Tuesday night. This is not necessarily a cause for concern in itself, as it will take time for states to count this year’s deluge of mail-in ballots, some of which cannot be processed before Election Day. But be on the lookout for viral disinformation as candidates may try to claim victory prematurely or manipulate the results.

Cool off if you need to.

Before you bring up politics with family members, take a moment to assess where your head’s at. You may need “to stew,” said Eva Escobedo, a therapist specializing in relationship issues at Just Mind, a counseling center in Austin, Texas. She recommended taking a break for a day or two to allow yourself to be a little off-kilter.

Limit your ambient exposure to social media — Dr. Stosny suggests setting aside specific periods to check the news or your social media feeds. If you do engage with relatives or friends on Facebook or Twitter, try to take those conversations offline, where you might have a more successful and meaningful exchange.

If you’re feeling anxious or overwhelmed, go for a walk or run, and try to spend at least 30 minutes outside. Studies have linked aerobic exercise to improved emotional regulation; even moderate exercise like walking can yield benefits. Make plans with friends to occupy your mind.

But Dr. Jena Lee, a psychiatrist at the University of California, Los Angeles, cautioned against assuming you’ll be an anxious mess on Election Day. “Humans are quite resilient,” she said. “There’s a strong possibility that you will be able to cope.”