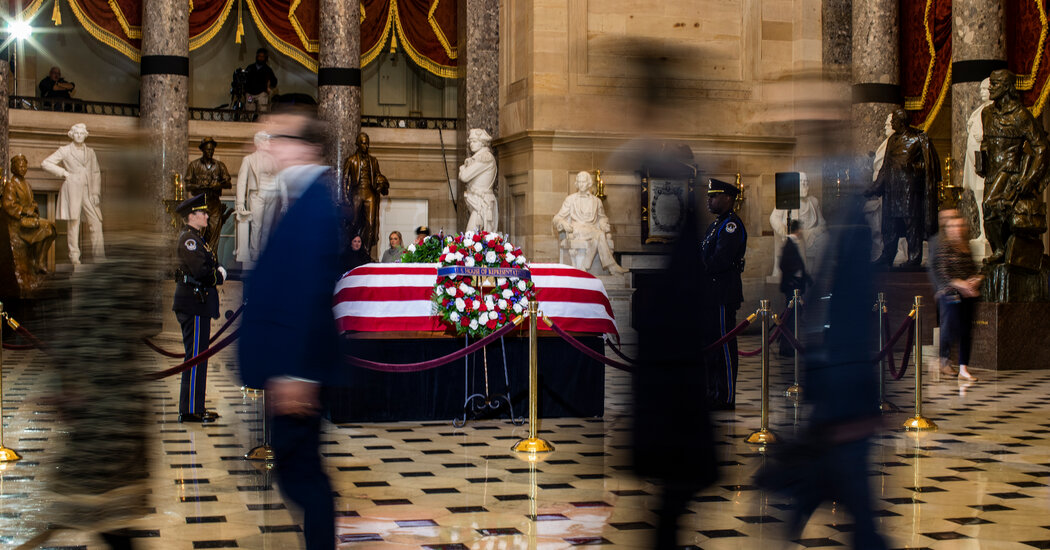 When a New Jersey colleague in 2007 offered an amendment that would cut millions of dollars from an education program supporting the needs of Alaska Natives, Mr. Young took to the House floor in a fury.

“I am a little frustrated,” he warned. “And, like I say, those that bite me will be bitten back.”

His enthusiasm for stuffing projects into legislation sometimes got him into trouble. Republican leaders pushed Mr. Young out from the top post on the House Natural Resources Committee in 2008 when he was under a cloud of investigations, including one into the inclusion of $10 million for a road near Fort Myers, Fla., into a 2006 transportation bill that benefited a real estate developer who had raised $40,000 for his campaign. (None of the inquiries resulted in federal charges against Mr. Young.)

And Mr. Young championed the so-called “bridges to nowhere” that became symbols of fiscal waste — one connecting Anchorage to an inlet, and a $200-million behemoth that would have connected Ketchikan, a small city, to the island that houses its airport.

Neither project was completed, and allies insist the criticism has been unfair.

“They mock the fact that we want a bridge to connect this community with its airport. What is wrong with wanting a bridge to connect your community to an airport?” said Senator Lisa Murkowski, Republican of Alaska, noting in an interview that she was “born in nowhere,” in Ketchikan. “He was unabashed. He’s like, ‘They need a bridge. They need a way to get across.’ ”

Ms. Murkowski, who succeeded her father Senator Frank Murkowski when he left the Senate to become governor, met Mr. Young when she was a teenager.