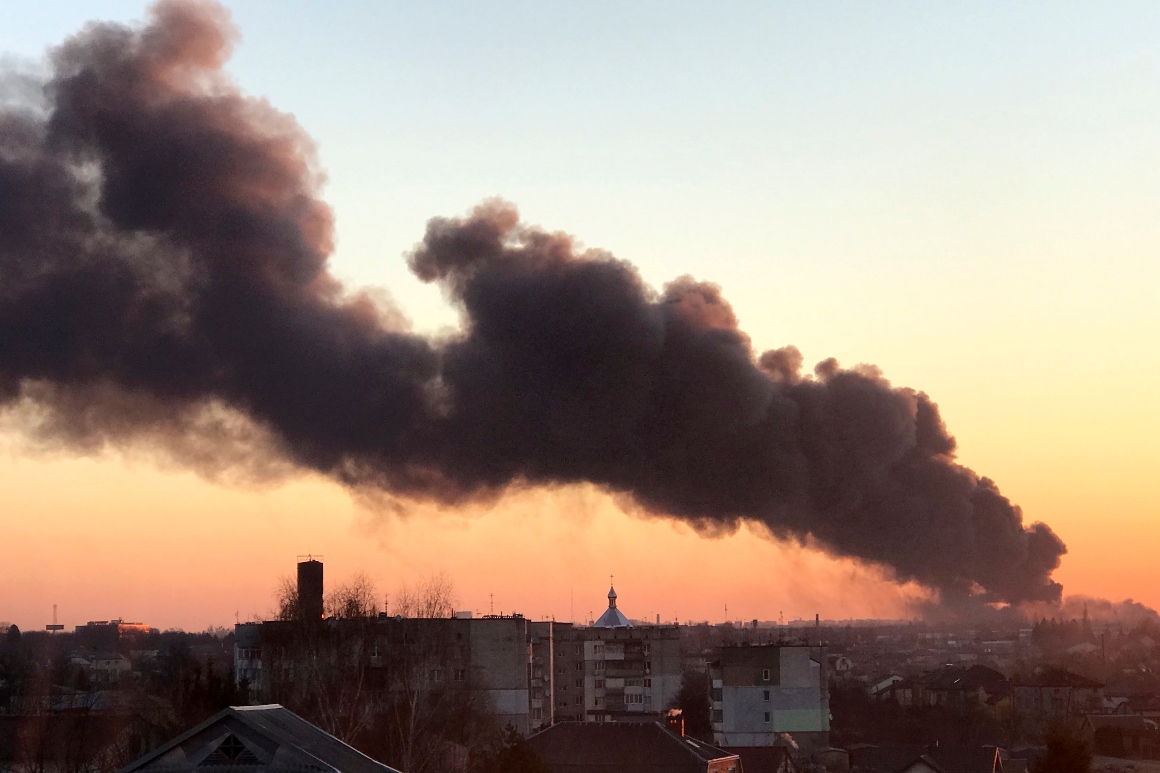 But U.S. officials also “can’t independently confirm” Russia’s claim, said the official, who spoke on condition of anonymity. “It’s not entirely clear, so what we would assess is it’s certainly possible.”

“They’ve just launched a hypersonic missile because it’s the only thing that they can get through with absolute certainty,” Biden said.

Russia’s claim about the hypersonic missile has drawn scrutiny from arms observers in recent days, and the senior DoD official described the weapon’s alleged deployment as confusing given the circumstances of its use.

Hypersonic missiles fly faster than five times the speed of sound and are maneuverable, making them difficult to shoot down. All ballistic missiles can achieve hypersonic speeds, but the Russians claim the Kinzhal can also be guided during flight, changing course to avoid air defenses. It is not clear if this missile used that capability or if it operated as a traditional ballistic missile.

“It’s a bit of a head-scratcher, to be honest with you, because it’s not exactly clear why — if it’s true — why would you need a hypersonic missile fired from not that far away to hit a building?” the official said.

Russia’s use of a hypersonic missile could serve as a sign that its forces are “running low on precision-guided munitions and feel like they need to tap into that resource,” the official said.

It is also possible that Russia is “trying to send a message” to Ukraine and the West by using the weapon and “trying to gain some leverage at the negotiating table,” the official added. “But … from a military perspective, if it was a hypersonic missile, there’s not a whole lot of practicality about it.”

More than three weeks into its invasion of Ukraine, Russian forces are still “looking for a chance to break out” and achieve “some momentum” in the country, the official said. However, it is “very clear that the Ukrainians are showing no signs of stopping their resistance.”

As a result, Russian forces are engaged in a “near-desperate attempt” to make gains and “potentially get some leverage” when it comes time to negotiating an end to the fighting, the official said.

Russia’s combat power is operating at “just below 90 percent,” and Russian forces have fired 1,100 missiles in total since the start of the invasion, according to the official.