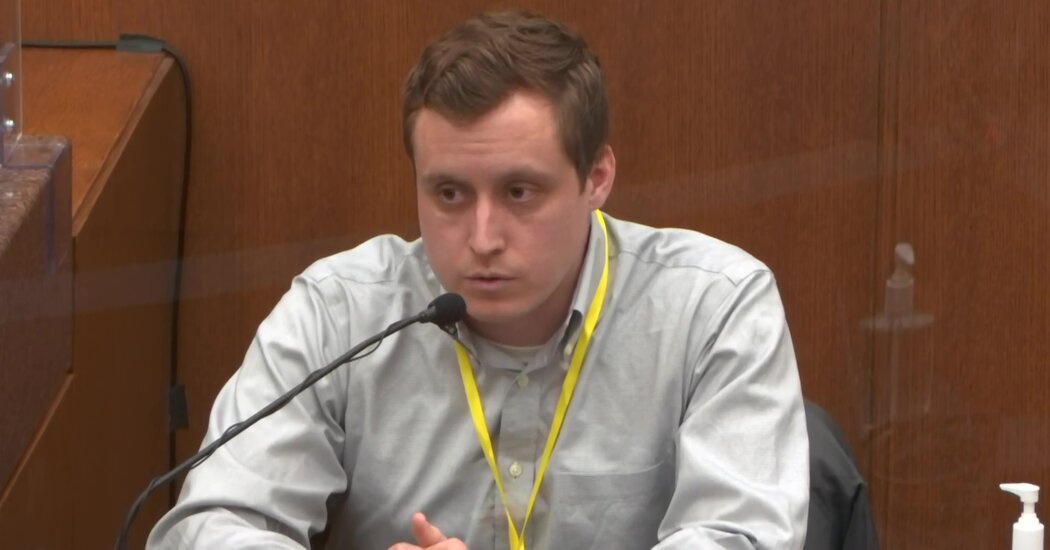 An emergency room doctor who tried to save George Floyd’s life for 30 minutes before pronouncing him dead testified on Monday that he believed Mr. Floyd had most likely died of a lack of oxygen, bolstering a central argument of the prosecution.

Dr. Bradford T. Wankhede Langenfeld, who was a senior resident at the Hennepin County Medical Center, testified in court that Mr. Floyd’s heart was not beating by the time he arrived at the hospital on that day in May. His testimony followed those of two paramedics who said last week that Mr. Floyd’s heart had stopped by the time they arrived to the scene of his arrest. The doctor’s testimony came on the sixth day of the trial of Derek Chauvin, the former police officer charged with murdering Mr. Floyd.

The doctor said that, based on the information he had at the time, he thought that oxygen deficiency, sometimes called asphyxia, was “one of the more likely” causes of Mr. Floyd’s death.

Prosecutors had said Mr. Floyd died of asphyxia, appearing to divert from the ruling of the county medical examiner who performed an autopsy on Mr. Floyd and said that he had died of “cardiopulmonary arrest.” That term, prosecutors have said, is applicable to any death because it simply means that a person’s heart and lungs have stopped.

Eric J. Nelson, Mr. Chauvin’s lawyer, had suggested that Mr. Floyd’s death was caused in part by his underlying heart disease and the fentanyl and methamphetamine that were found in his system. In response to questions from Mr. Nelson, Dr. Wankhede Langenfeld agreed that many different things — including taking fentanyl and methamphetamine — could cause a death that would still be considered asphyxiation.

Mr. Nelson used his questioning to press Dr. Wankhede Langenfeld on the fact that naloxone, the overdose-reversing treatment often known as Narcan, was never administered to Mr. Floyd. Dr. Wankhede Langenfeld said that even if Mr. Floyd had suffered an overdose, giving him naloxone would have had “no benefit” because his heart had already stopped.

Dr. Wankhede Langenfeld said he had viewed an overdose as a less likely cause of Mr. Floyd’s death, in part because the paramedics who brought Mr. Floyd to the hospital had given no indication that he had overdosed.

Dr. Wankhede Langenfeld said that he had pronounced Mr. Floyd dead after about 30 minutes in the emergency department. Mr. Floyd’s official time of death is 9:25 p.m.

Jerry W. Blackwell, the prosecutor questioning Dr. Wankhede Langenfeld, used some of his questions to emphasize that Mr. Chauvin and other police officers at the scene had not given medical care to Mr. Floyd.

In response to the questions, Dr. Wankhede Langenfeld noted that beginning C.P.R. as soon as possible was critical for patients who were in cardiac arrest, as Mr. Floyd was. He said that there is about a 10 to 15 percent decrease in a patient’s chance of survival for every minute that C.P.R. is not administered.

“It’s well-known that any amount of time that a patient spends in cardiac arrest without immediate C.P.R. markedly decreases the chance of a good outcome,” Dr. Wankhede Langenfeld said. He noted that the term “cardiac arrest” means only that a patient’s heart had stopped, not that the patient necessarily had a heart attack.

The doctor, who is in his early 30s, earned his medical degree from the University of Minnesota Medical School in 2016 and had received his physician and surgeon license just 18 days before May 25, when Mr. Floyd was rushed to the hospital, according to state records.