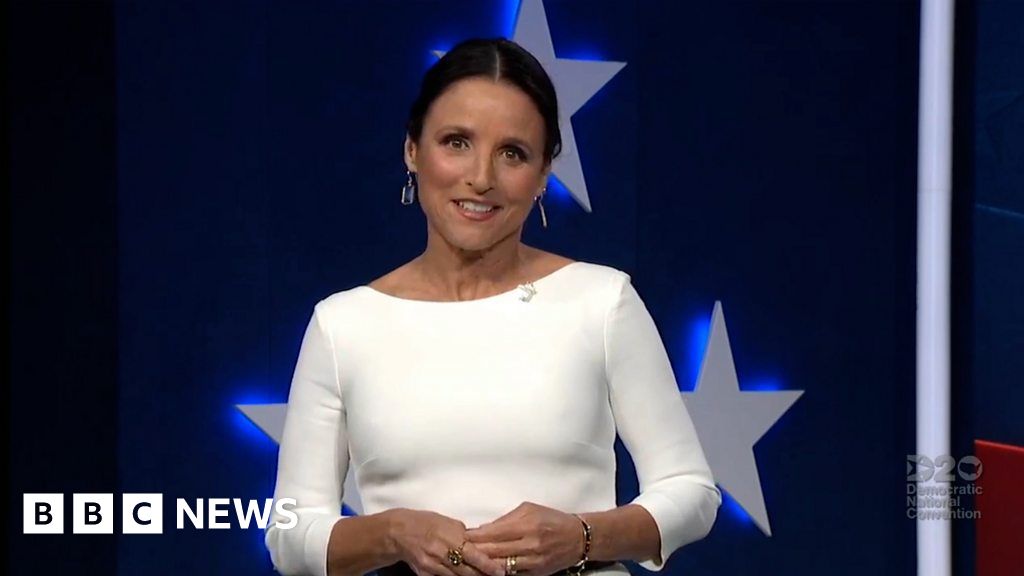 Julia Louis-Dreyfus plays a fictional vice-president on the hit satirical show Veep – but as the host of the last night of the Democratic convention, she ventured into real-life politics.

Alternating between praising her friend, former Vice-President Joe Biden, and poking fun at Donald Trump, was a difficult balancing act – and there was no live audience to play off.

We’ll let you decide if the former Seinfeld star’s jokes landed or not.