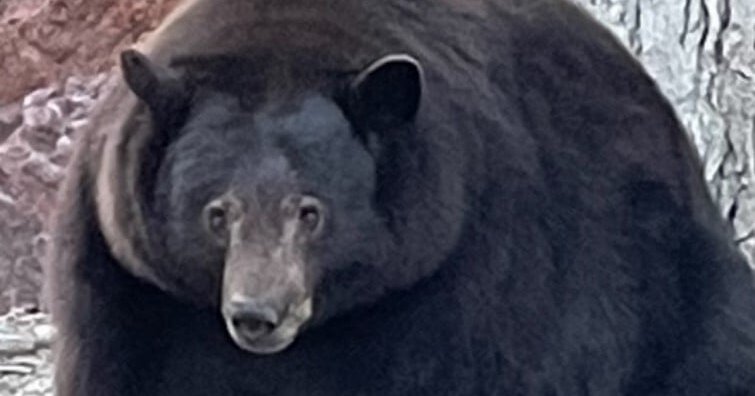 In the version of the story we thought we understood, Hank the Tank was a hungry, hungry trespasser, unbothered by human concerns like doors and manners, who had broken into dozens of homes to maintain his 500-pound frame.

That is still mostly correct. But in an unexpected twist since the black bear’s story attracted international media attention this week, the California Department of Fish and Wildlife said on Thursday that the bear had not acted alone.

According to the agency, DNA evidence collected over the past several months showed that at least three bears were involved in the break-ins that had been reported in the Lake Tahoe area in California and Nevada. Until the update, all of the incidents had been pinned on Hank, whose portly frame and prodigious appetite were looked on across the world as some mix of admirable and relatable — and, to those whose homes were invaded, perhaps as a little terrifying.

As it turns out, humans are not great at telling bears apart.

“Identifying bears simply by their visible, physical characteristics can lead to misidentifying bears and therefore confusing management efforts,” the wildlife department said in a statement.

In good news for Hank, the authorities said he would most likely avoid being euthanized, which had been considered a possibility since he had apparently lost his fear of humans. With multiple bears involved, the department said it would work in the coming weeks and months to trap, tag and study them and then release them into more suitable habitats.

The department “is not going to euthanize any bears that are trapped during this effort,” it said.

Thus far, those who have encountered the bears have said they had been perfectly fine houseguests, aside from the food theft and the occasional trail of destruction left behind.

“He just sits there and eats,” Ann Bryant, executive director of the Bear League, a wildlife rescue service in Homewood, Calif., said this week. “He doesn’t attack them. He doesn’t growl. He doesn’t make rude faces.”

People in the area, a natural habitat for bears, have long coexisted with the large, furry animals. Residents have learned not to leave food out and to seal their trash in bear-proof containers.

But residents of Tahoe Keys, a gated community about 190 miles northeast of San Francisco, have called the police on the bears about 100 times since July.

It’s not clear how the bears obtained a taste for human food. Department officials and the local police have tried to “haze” the bears with paintballs, bean bags, sirens and Tasers, but to little avail.