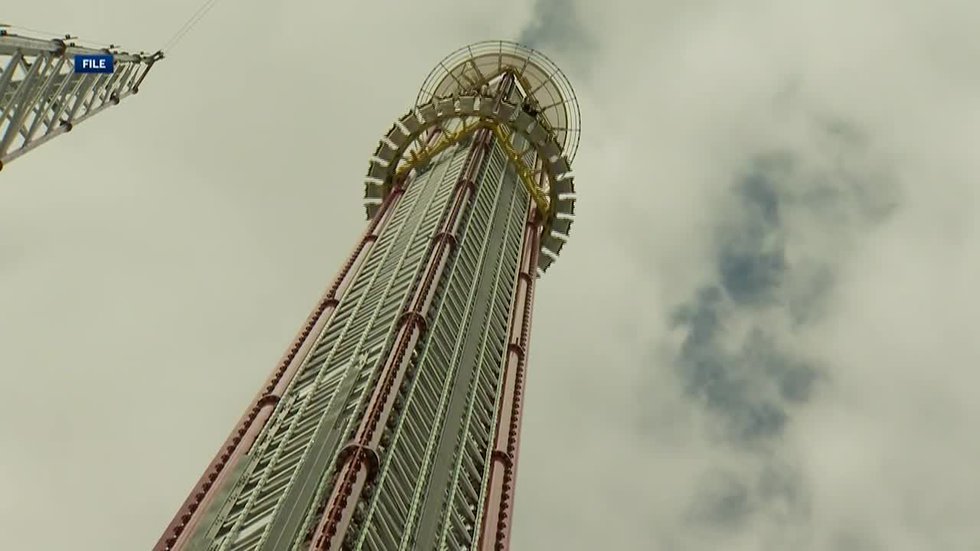 ST. PETERSBURG, Fla. (AP) — A rising middle school football player in Missouri, only 14 but already 6 feet, 5 inches tall, and well over 300 pounds, Tyre Sampson fell to his death from a towering Florida amusement ride. Lawyers for his family want to know if negligence about his size, or other factors, played a role.

“This young man, he was athletic and he was big. He had no way of knowing,” said Bob Hilliard, a Texas attorney who represents Tyre’s mother, Nekia Dodd, in an interview Saturday. “This is going to be an issue of a lack of supervision and lack of training. A straight-up negligence case.”

Investigators on Saturday continued to examine what happened Thursday night when Sampson dropped out of his seat from a 430-foot, free-fall amusement park ride that is taller than the Statue of Liberty along a busy street in the heart of Orlando’s tourist district not far from Disney World.

The ride takes patrons up to that height, tilts so they face the ground for a moment or two, and then plummets toward the ground at speeds of 75 mph (about 121 kph) or more.

The well-known civil rights attorney Ben Crump, who is working with Hilliard and represents Tyre’s father, Yarnell Sampson, said the family is “shocked and heartbroken at the loss of their son.”

“This young man was the kind of son everyone hopes for — an honor roll student, an aspiring athlete, and a kind-hearted person who cared about others,” Crump said in a statement Saturday.

The Orange County Sheriff’s Office and the state Department of Agriculture and Consumer Services, which regulates amusement rides in Florida at all but the major theme parks, declined comment Saturday other than to say the investigation is ongoing.

The Icon Park attraction said in a statement it is fully cooperating with investigators and that the Orlando FreeFall ride will be closed indefinitely. It opened late last year on International Drive, a major tourist mecca.

“We are heartbroken with the incident that took the life of one of our guests. We extend our condolences and deepest sympathy to his family and friends,” said a statement from the SlingShot Group, which operates the ride.

Tyre was a giant for his age, already the size of an NFL offensive lineman. His family says he aspired to play pro football, like many kids with athletic ability who see a way to buy their mother a house and lift everyone in the family to a new level.

“That was his dream, and he was on his way,” Wendy Wooten, his stepmother, told the St. Louis Post-Dispatch. “He had so many scouts looking at him. He was going to be a great football player.”

Tyre was part of a group called the St. Louis Bad Boyz football club who were in Orlando for a weeklong training camp, the Post-Dispatch reported. The group had chaperones and, by all accounts, were doing what millions do every year during spring break in Orlando: enjoying the theme parks and rides.

He was a student at the City Garden Montessori School in St. Louis. The school sent a letter to parents Friday saying counseling would be available for students on Monday.

“Tyre has been a City Garden student for many years,” the school said in a statement from its principal and CEO. “We will miss him tremendously and our hearts go out to his family and friends during this extremely difficult time.”

No criminal charges have been filed but a negligence or wrongful death lawsuit, or both, seem likely. Crump said boy’s parents “intend to get answers for Tyre’s grieving family.”

“A fun theme park visit with his football team should not have ended in tragedy,” Crump said.

To report a correction or typo, please email digitalnews@ky3.com