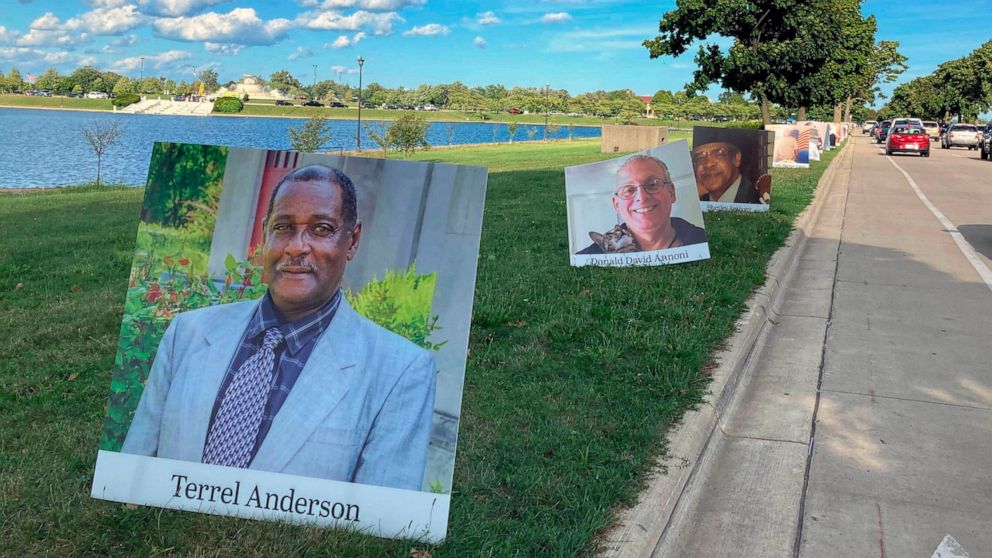 DETROIT — The city turned an island park into an extraordinary memorial garden Monday as cars packed with families slowly passed hundreds of photos of Detroit residents who died from COVID-19.

Mayor Mike Duggan declared a Detroit Memorial Day to honor the 1,500-plus city victims of the pandemic. Hearses led solemn all-day processions around Belle Isle Park in the Detroit River after bells rang across the region at 8:45 a.m.

“It is our hope that seeing these beautiful faces on the island today … will wake people up to the devastating effect of the pandemic,” said Rochelle Riley, Detroit’s director of arts and culture.

The “memorial was designed to bring some peace to families whose loved ones didn’t have the funerals they deserved,” Riley said in opening remarks. “But it may also force us to work harder to limit the number of COVID-19 deaths we’ll endure in the coming months.”

More than 900 photos submitted by families were staked like billboards around Belle Isle, revealing the crushing breadth of the virus.

They had “dreams and plans and a story,” Michigan Gov. Gretchen Whitmer said at Belle Isle. “They weren’t finished yet.”

“The virus exposed deep inequities, from basic lack of access to health care or transportation or protections in the workplace,” Whitmer said. “These inequities hit people of color in vulnerable communities the hardest.”