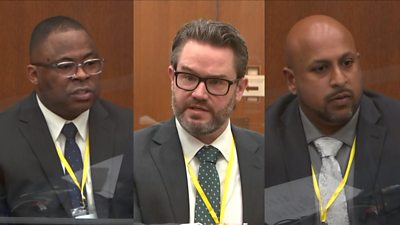 Derek Chauvin’s defence team claimed that Mr Floyd could be heard saying “I ate too many drugs” in bodycam footage of the arrest.

Ultimately, both expert witnesses Sgt Jody Stiger and Special Agent James Reyerson testified that they could not hear the phrase in the clip played during the trial.

L.A. sheriff has ‘grave concerns’ over death of man fatally shot by deputies

Trump Has Built War Chest of More Than $100 Million