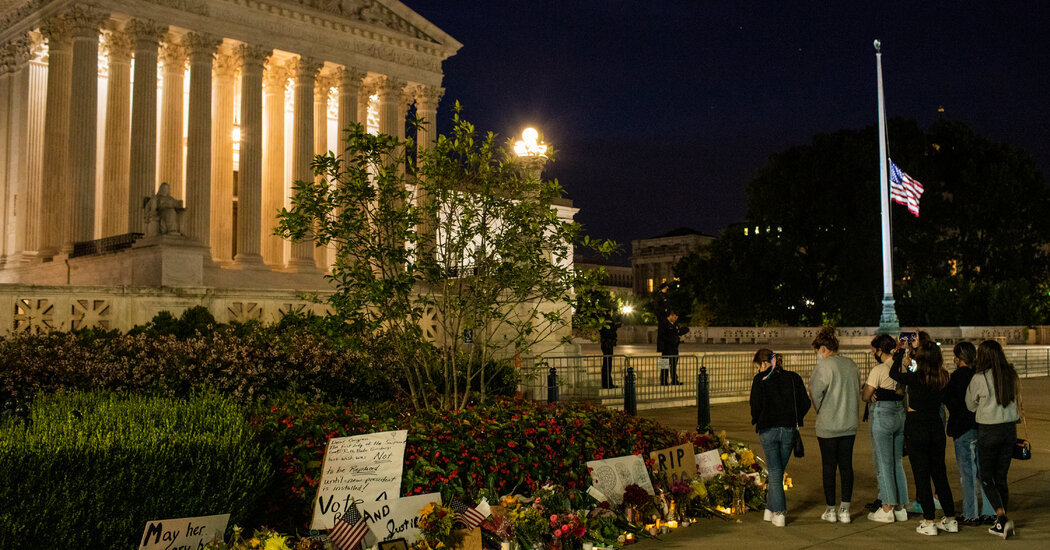 Democratic donors gave more money online in the 9 p.m. hour after Justice Ruth Bader Ginsburg died — $6.2 million — than in any other single hour since ActBlue, the donation-processing site, was launched 16 years ago.

The unprecedented outpouring shows the power of a looming Supreme Court confirmation fight to motivate Democratic donors. The previous biggest hour, on Aug. 20, when Joseph R. Biden Jr. spoke on the final night of the Democratic convention, saw $4.3 million in donations processed, according to an ActBlue spokesperson.

Before noon on Saturday, donations to Democratic causes and campaigns on ActBlue since Justice Ginsburg’s passing had topped $45 million.

ActBlue does not show where donations go in real time but much of the grassroots energy appeared focused on the Senate, which would have the power to confirm or block any nominee picked by President Trump.

Hours after Justice Ginsburg’s death, Senator Mitch McConnell, the majority leader, pledged that whomever Mr. Trump picked to replace her would receive a confirmation vote. “President Trump’s nominee will receive a vote on the floor of the United States Senate,” he said in a statement.

Democratic donors flooded into at least one page dedicated to key Senate races, called Get Mitch or Die Trying. The page, created by Crooked Media, had raised about $9 million in new donations since Justice Ginsburg’s death, as of noon on Saturday, dividing the proceeds between 13 different Democrats running for Senate this year.

“The conventional wisdom is that the Supreme Court only motivates Republicans, but these fund-raising totals demonstrate that that has changed,” said Tommy Vietor, a founder of the progressive Crooked Media group and a veteran of the Obama administration.

Supreme Court confirmation fights have led to big swells of donations before. The Senate hearings and votes on Justice Brett M. Kavanaugh in 2018 drove record donations into the campaign coffers of then-Senator Heidi Heitkamp of North Dakota, a centrist Democrat who raised $12.4 million in the first half of October after she announced she would oppose his nomination. She was defeated in her re-election bid the next month.