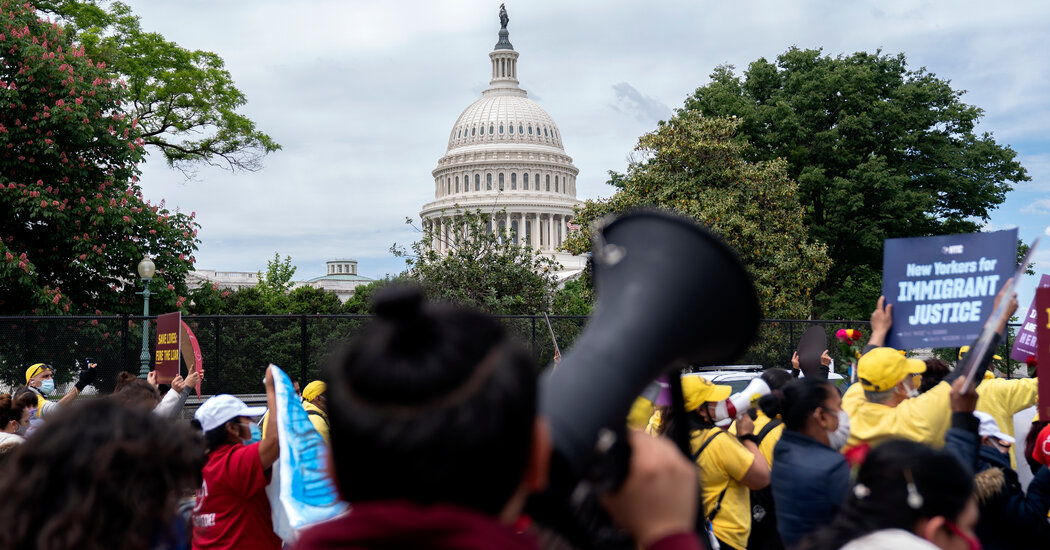 “The good news is that they listened,” Representative Sylvia R. Garcia, Democrat of Texas, said of officials at Health and Human Services. Ms. Garcia, a former social worker, said she saw red flags at the Houston shelter, a repurposed warehouse, before it even opened. The plan was to house about 500 girls between the ages of 13 and 17. Ms. Garcia said the facility did not have enough bathrooms and there was no clear space for the children to eat or for recreation.

Ms. Escobar, whose district includes the largest emergency shelter in the Health and Human Services network, at Fort Bliss, said she raised concerns about conditions early on. And on a visit there on Friday, she said she saw significant improvements over six weeks ago.

But, she said, “there are still things that are not acceptable to me.”

For one, the staff could not answer some of Ms. Escobar’s questions, such as how long children were staying there. She said children told her they had been there for 48 days. “That’s unacceptable,” she said.

Ms. Escobar also said the shelter was too big and should be broken into multiple shelters on the Fort Bliss campus. She said she raised this concern about “mega-sites” with Xavier Becerra, the secretary of health and human services, on a recent call with members of the Congressional Hispanic Caucus.

Mr. Castro said he shared Ms. Escobar’s concerns, though he dismissed worries about the size of the shelter and said, during a call with reporters on Monday, there had to be a plan for how to house these children when they arrive at the border.

He also said that the conditions at the emergency facilities were not only better than those at the border facilities, “but it’s better than what these kids were experiencing before they were in the hands” of border agents.

Kyle Rittenhouse heads to court to get gun used in shootings