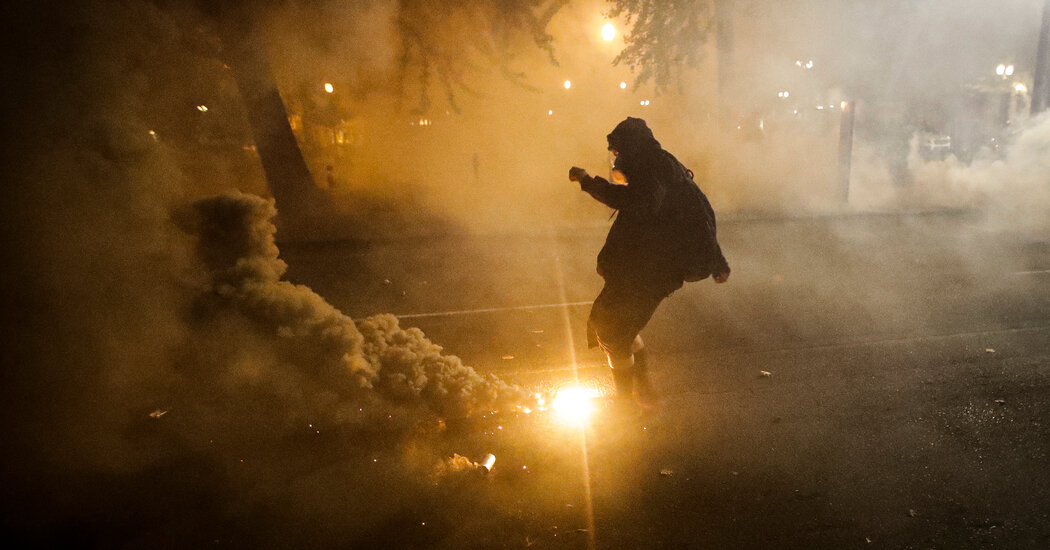 A year after racial justice protests around the country touched off violent clashes between activists and law enforcement, House Democrats on Thursday opened an investigation into the health effects of the use of tear gas by police.

Two subcommittees of the House Committee on Oversight and Reform began the investigation by asking companies that manufacture and sell tear gas and some government agencies to produce a wide range of documents, seeking to determine whether the federal government has done enough to ensure that the substance is safe to use on humans.

“The United States has agreed not to use tear gas in war,” four Democrats, including the chairmen of the subcommittees, wrote in a letter to the agencies and companies. “However, tear gas is frequently used in this country by law enforcement as a ‘riot control agent.’”

“Given this domestic use, we would have expected an analysis demonstrating that tear gas products are safe to use on humans, but we have not seen this,” they wrote. “In fact, evidence suggests that tear gas may be connected to long-term adverse health impacts for those exposed.”

The lawmakers said they had “been unable to determine whether there is any federal oversight regarding the composition or safety of these products.”

Representative Carolyn B. Maloney, Democrat of New York and chairwoman of the committee, said she supported the inquiry.

At least 100 law enforcement agencies — many in large cities — used some form of tear gas against civilians protesting police brutality and racism last summer, according to an analysis by The New York Times. The brief period saw the most widespread domestic use of tear gas against demonstrators since the long years of unrest in the late 1960s and early ’70s, The Times reported.

In their letter, the lawmakers cited reporting by The Associated Press that military personnel exposed to tear gas in basic training were 2.5 times as likely of being diagnosed later with acute respiratory illness after their exposure to tear gas compared to before the exposure.

“Researchers have expressed concerns about tear gas formulations having gotten stronger over time and how that might factor into long-term health risks of exposure,” they wrote.

The Democrats are seeking information from the Department of Health and Human Services, the Environmental Protection Agency, the Department of Justice, and the companies Safariland, Combined Systems, and Pacem Defense.

Safariland announced last year that it was leaving the tear gas business after its product was used on protesters in Washington.

The lawmakers asked the federal agencies for any research into the effect of tear gas products on human health and the feasibility of establishing standards for the substances. For the companies, their requests included a list of all the U.S. entities they sold tear gas products, a description of safety testing performed and all internal documents relating to any negative health effects on humans from tear gas.