Democrats and Republicans Clash Over Spending Bill to Avoid Shutdown 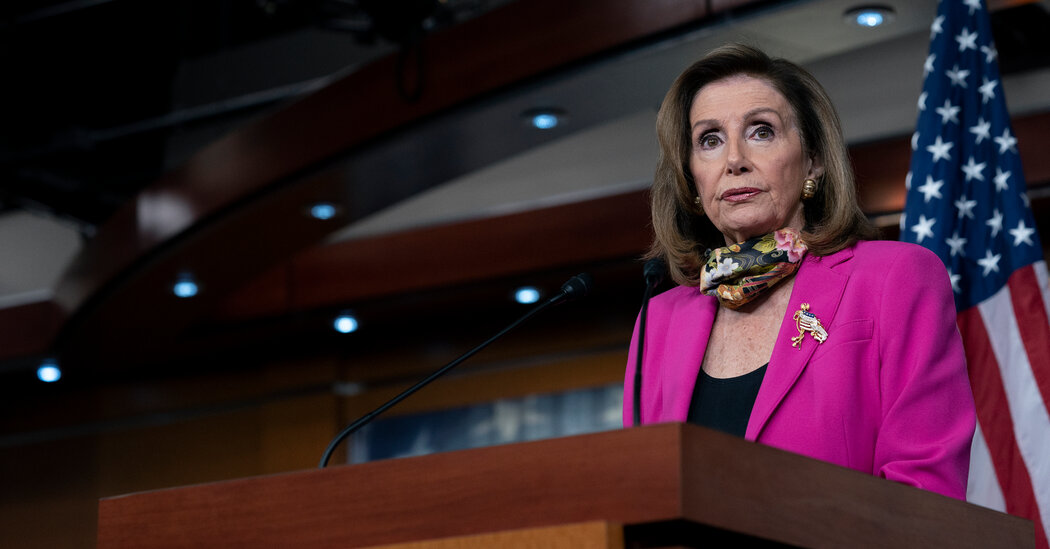 WASHINGTON — Congressional leaders clashed on Monday over a stopgap spending bill to stave off a government shutdown at the end of the month, as Democrats put forth a measure that omitted billions of dollars in additional relief that President Trump had promised for farmers battered by his trade policies and the coronavirus pandemic.

The dispute, which came as Republicans and Democrats had been nearing a bipartisan deal on the measure, could jeopardize efforts to cement an agreement to avert a lapse in government funding when the fiscal year ends on Sept. 30. Lawmakers have less than a week of scheduled work days remaining to reach a deal before they are slated to depart Washington for the final phase of their re-election campaigns.

The snag emerged after Democrats balked at including additional money in the package for the Commodity Credit Corporation, arguing privately that Mr. Trump was seeking to use it as a personal piggy bank to reward a politically powerful constituency weeks before Election Day.

The looming fight over filling the Supreme Court vacancy left by Justice Ruth Bader Ginsburg’s death has escalated partisan tensions on Capitol Hill, leaving the chances of a quick resolution unclear. The House is expected to vote on the legislation as early as Tuesday, but Republicans signaled that they might not accept it without the aid for farmers.

“House Democrats’ rough draft of a government funding bill shamefully leaves out key relief and support that American farmers need,” said Senator Mitch McConnell of Kentucky, the majority leader. “This is no time to add insult to injury and defund help for farmers and rural America.”

The White House, backed by congressional Republicans, has sought the agriculture funding to ensure that farmers will continue receiving payments even as the Commodity Credit Corporation program nears its borrowing limit. But Democrats have long been concerned that Mr. Trump is leveraging that aid to curry favor with an influential voting bloc in states that are crucial to his re-election.

The president has reinforced those fears in recent days, announcing last week during a campaign rally in Wisconsin that he would deliver $14 billion from the program for more payments to farmers. A nonpartisan watchdog agency this month found in an assessment of the $14.5 billion in payments that were made last year through the program that big farms and Southern states, a key part of Mr. Trump’s political base, disproportionately benefited from the program.

Three people, including two Republican aides, who spoke on the condition of anonymity to disclose the details of private negotiations, said that Speaker Nancy Pelosi of California on Friday reneged on an agreement that she had made with Treasury Secretary Steven Mnuchin that would have included $30 billion for the agricultural loan program, in exchange for about $2 billion the speaker demanded for food assistance for children. A Democratic aide, speaking on the condition of anonymity, said that while the idea had been raised as a possible way to resolve an impasse, Ms. Pelosi had never agreed to it.

Republicans on Monday appeared to be weighing how to proceed, given the proximity of the funding deadline. Senator Richard C. Shelby of Alabama, the chairman of the Senate Appropriations Committee, said he planned to “talk to the leader about it, and we’ll go from there.”

Senator Pat Roberts, Republican of Kansas, lamented, “I would sure hate to be presented with that problem.”

“I have people I work with on the other side of the aisle in a strong bipartisan way, and I know they’re unhappy with Secretary Perdue,” he added, referring to Sonny Perdue, the agriculture secretary. “But that doesn’t have a damn thing to do with the fact that we have to pass the C.C.C. funding.”

Because Congress has failed to reach agreement on the dozen annual spending bills required to fund the federal government, a stopgap bill is necessary to avoid a shutdown. Republicans and Democrats had been nearing agreement on such a measure on Friday before the aid to farmers emerged as a sticking point.

In an effort to win Republican support, Democrats had agreed to extend funding through Dec. 11 — instead of into early 2021, as they had originally proposed — in the hopes of winning control of the Senate, the White House or both and negotiating more generous spending levels. They also did not include provisions that would have extended crucial deadlines for the U.S. census to provide redistricting data or additional funds for election security.

The legislation would also extend funding for a flood insurance program through next September and for a program for the construction and maintenance of highways. It would prevent furloughs at the U.S. Citizenship and Immigration Services, an agency that has seen a dip in revenue partly because of the pandemic, by allowing the agency to raise premium processing fees.

The measure also includes a provision that would prevent Medicare recipients from seeing a big increase in their premiums in part because of measures taken to counter the effects of the pandemic. But it does not include any additional relief to help American families and businesses recover from the toll of the pandemic, as talks over a broader coronavirus relief package remain at an impasse.

The bill, Ms. Pelosi said in a statement, “will avert a catastrophic shutdown in the middle of the ongoing pandemic, wildfires and hurricanes and keep government open until Dec. 11, when we plan to have bipartisan legislation to fund the government for this fiscal year.”

Despite the dispute over agriculture aid, Ms. Pelosi insisted on Sunday that lawmakers would be able to avoid a lapse in federal funding.

“None of us has any interest in shutting down government,” Ms. Pelosi said on ABC’s “This Week.” “That has such a harmful and painful impact on so many people in our country, so I would hope that we can just proceed with that.”