Democrats, About to Miss a Police Reform Deadline, Hold Out Hope 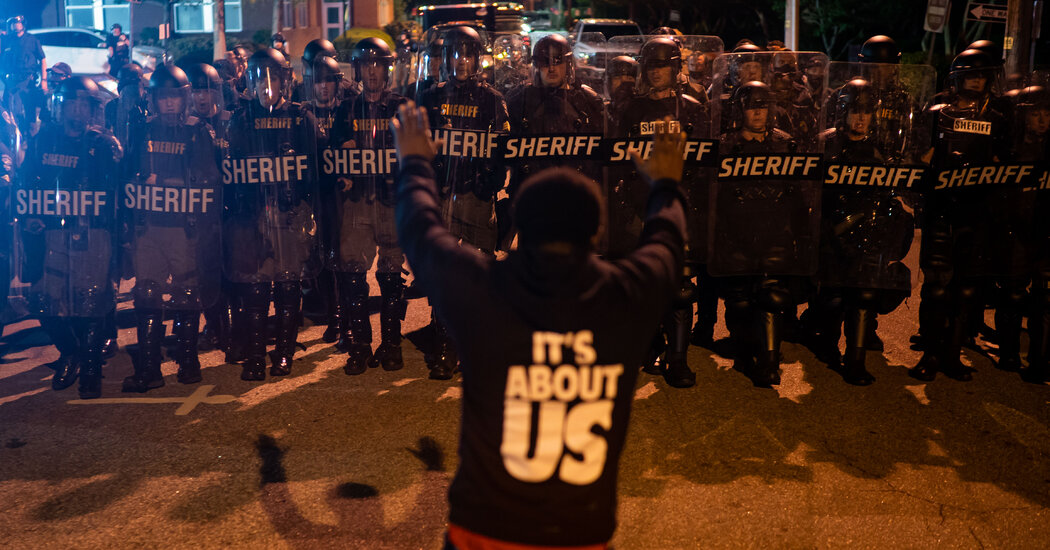 Mr. Scott, the Senate’s lone Black Republican and an advocate of moderate police reform, has said that he and other G.O.P. legislators will not support a bill that ends qualified immunity outright, but he is working with Ms. Bass, an architect of the George Floyd bill, to find a compromise. Mr. Scott has suggested that the legal burden could be shifted from individual officers to police departments, potentially passing on financial liability to municipal governments while satisfying powerful police unions.

Mr. Scott’s willingness to move on the issue, and his indication that other Republicans could come along with him, signal how the politics on the issue have shifted since Democrats took control in Washington at the start of the year.

Over the summer, Senator Mike Braun, a Republican from Indiana, introduced a bill to curb qualified immunity, but he pulled back after conservative commentators including Tucker Carlson blasted it. President Donald Trump said that he would veto any bill that attacked the doctrine.

Edward Erikson, the director of the Campaign to End Qualified Immunity, a group that has worked with Ms. Bush’s office on this bill, said in an interview that the argument that special legal protections were needed for officers pointed to a more fundamental flaw in policing. “When they say we can’t do our job without qualified immunity, they’re saying policing in America as it exists today is incompatible with civil rights,” he said.

Sean McElwee, a founder of the Democratic-aligned polling and strategy firm Data for Progress, said that ending qualified immunity faced significant political hurdles. “New York State hasn’t ended qualified immunity,” he said. “How are you going to make that a red line for negotiation” on a federal bill — “this thing that even blue states haven’t done?”

Though qualified immunity may not be a term that most voters are deeply familiar with, a wide majority of the country believes that officers who have committed misconduct should be held accountable in court. An Associated Press/NORC poll conducted last year in the wake of Mr. Floyd’s death found that 85 percent of the country favored prosecuting officers who used excessive force, including 63 percent who strongly favored it.