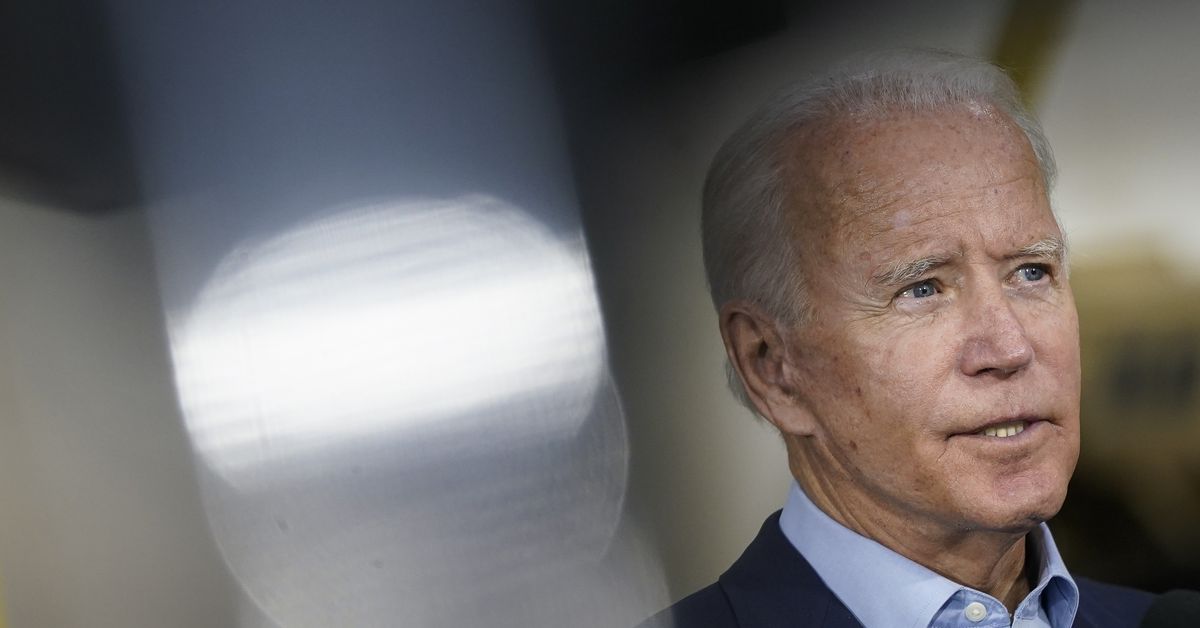 As soon as the news of Supreme Court Justice Ruth Bader Ginsburg’s death was announced, the speculation began about the fight to replace her on the Court and how it might affect the 2020 presidential election.

Court appointments were already a key issue for voters across the political spectrum. Recent polling showed that Democratic voters were more motivated than Republicans by Supreme Court nominations. As President Trump’s polling numbers have lagged behind Democratic nominee Joe Biden over the past several months largely due to his inept response to the coronavirus pandemic and resulting economic collapse, Trump has attempted to remind voters that Supreme Court nominations are on the line this election.

“The next president will get one, two, three, or four Supreme Court justices,” Trump said at a rally in Minnesota Friday, seemingly unaware of the news of Ginsburg’s passing. “Many presidents have had none, they’ve had none, because they are there for a long time.”

But polling taken before Friday’s news broke shows that voters in several key swing states largely trust Biden, not Trump, to choose Supreme Court justices. In Arizona, where Biden currently holds a 9-point lead, according to a New York Times/Siena College poll of 653 likely voters in the state taken September 10 to 15, voters trust Biden to choose a Supreme Court justice 53 to 43 percent with a 4.1 percent margin of error.

In Maine, where Republican senator and self-proclaimed moderate Susan Collins is currently trailing her Democratic opponent Sara Gideon, voters trust Biden to choose a justice by an even wider margin. A similar NYT poll of 663 likely voters in Maine taken September 11 to 16 showed voters prefer Biden choose a justice over Trump 59 percent to 37 percent, with a 5.1 percent margin of error.

Four Republican senators would need to join forces with Democrats to block Trump from successfully confirming a justice to the Supreme Court. Republican senators from each of those three states are locked in difficult reelection campaigns, and the polling suggests confirming a Supreme Court nomination before the election or during a lame-duck session of Congress might complicate their effort to keep their seats.

Meanwhile, early indicators suggest that Democratic voters have responded to Ginsburg’s death, and the coming political and electoral fight, in a big way.

According to the Democratic donor site ActBlue, $6.2 million flowed through the site in the 9 pm hour Friday, immediately following news of Ginsburg’s death. It was more money raised in a single hour on the site since its launch 16 years ago — and it was immediately eclipsed by the 10 pm hour, which saw $6.3 million raised.

A major shake-up — and new stakes — for the presidential campaigns

Ginsburg’s passing has clearly raised the stakes for this November’s general election. While Biden had solidified a lead by hammering Trump for his administration’s failed pandemic response and continuing to trumpet the health care message that swept Democrats into power in the House in 2018, Trump has continually reminded conservative voters about the importance of the courts over the long term.

Trump on Saturday morning tweeted a pledge to immediately fill the seat, reminding voters that he was elected with a strong mandate to appoint conservative judges. Biden, in turn, called for the nomination process to be stalled until after the election so that voters can have a direct voice in who the nominee should be.

It remains to be seen whether another hotly contested Supreme Court nomination process will help Trump close the polling gap with Biden.

“There was always going to be massive turnout, and Democrats are already fired up beyond belief,” Robert Blizzard, a Republican pollster, told Politico Friday. “With Democrats likely to enjoy a significant advantage in early, mail-in voting, we’re going to need every vote we can get come Election Day to offset that deficit.”

The calculus for Trump is clear. After struggling deep into this election cycle, he needs to remind his base that he is their champion on social issues, such as abortion, LGBTQ rights, and other key decisions that lie with the high court. And as the two most recent nomination processes have shown, Trump and Senate Republicans are more than capable of seating justices favored by conservatives

In 2018, many pundits believed that the emotional battle over Justice Brett Kavanaugh’s nomination to the Supreme Court would rally outraged conservatives to turn out in the midterm elections. Instead, there was a blue wave.

And if the early fundraising numbers are any indicator, there may just be too much on the line for Democrats this year for Trump to overcome.

Will you help keep Vox free for all?

The United States is in the middle of one of the most consequential presidential election of our lifetimes. It’s essential that all Americans are able to access clear, concise information on what the potential outcome of the election could mean for their lives, and the lives of their families and communities. That is our mission at Vox. But our distinctive brand of explanatory journalism takes resources. Even when the economy and the news advertising market recovers, your support will be a critical part of sustaining our resource-intensive work. If you have already contributed, thank you. If you haven’t, please consider helping everyone understand this presidential election: Contribute today from as little as $3.