Deidre Davis Butler, Who Fought for Disability Rights, Dies at 64 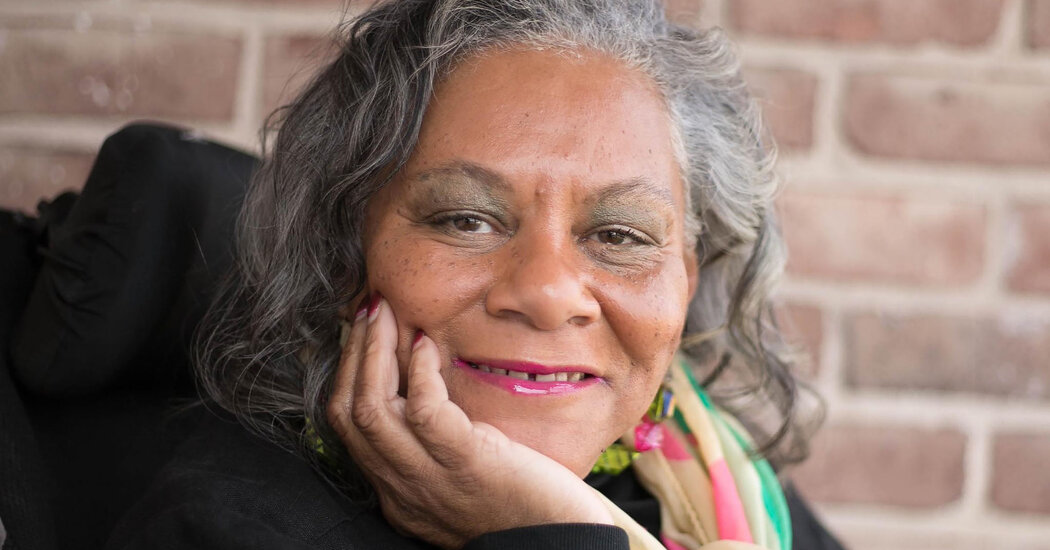 When she was a girl growing up in New Jersey, Deidre Davis Butler made an unlikely sight on the tennis court. A spinal tumor had impaired her mobility — later in life she would be in a wheelchair — but her father had taught her how to play the net, in her own particular way.

“I couldn’t walk well, so I used the tennis racket as a cane,” she told Exceptional Parent magazine in 1998, “and I’d hit the ball, fall down, get up again, and do the same thing.”

That sort of determination carried her through law school and into an impressive career shaping laws and policies that affect people with disabilities, both in government and in the private sector.

She was an important figure during the development of the Americans With Disabilities Act of 1990, which she helped draft, and in the years immediately after its passage, when attention turned to carrying out its guarantees.

Beginning in the mid-1990s Ms. Davis Butler was a deputy assistant secretary at the State Department representing the Equal Employment Opportunity Commission, a job that had her traveling the globe making sure that American embassies and other government entities were meeting civil rights and disability rights guidelines.

“She was a conqueror,” the Rev. Edward A. Hailes Jr., who is also a civil rights lawyer and had been her friend since law school, said. “She conquered fears and burdens, not only for herself, but around the world. She eliminated barriers to people with disabilities.”

Mr. Hailes made those remarks in a video played at her funeral on Monday in Fayetteville, Ark. Ms. Davis Butler died on Aug. 7 in Rogers, Ark., where she lived. She was 64. An obituary on the Beard’s Funeral Chapel website reported her death. It did not give a cause.

Deidre Ann Davis was born on Sept. 26, 1955, in Elizabeth, N.J., to Hilton and Bernice (Jones) Davis and grew up in nearby Linden. Her mother, an educator, and her father, a lawyer, fought to get her into quality schools that were not amenable to Black children like her or to students with disabilities — battles that made a strong impression on her.

“My family’s example instilled in me the conviction that everyone deserves equal treatment in access to health care and education, in the public arena, and as citizens,” she wrote in 2010 in an essay for DiversityInc.com.

Her life as a person with a disability began at age 6, when she woke up one day unable to walk.

A spinal cord tumor had caused the paralysis; once it was removed, and after extensive rehabilitation, she was able to walk for the remainder of childhood and through college at Brandeis University. But during her second year at Howard University’s law school, several vertebrae collapsed, and she used a wheelchair thereafter.

Mr. Hailes, a fellow member of the Howard Law class of 1980, recalled how she had adjusted her routine to avoid lugging thick law books to class.

“She had a razor blade that she would use to cut the pages she would need each day, as opposed to lifting those heavy books,” he said in a phone interview.

Her early jobs included working for the New Jersey Department of the Public Advocate, in the Office of Advocacy for the Disabled. She then became deputy director of Dial Inc., part of the Center for Independent Living network of resource centers for people with disabilities.

Jane Dunhamn, a lifelong friend and the director of the National Black Disability Coalition, said that at Dial Ms. Davis Butler developed a particular concern that services were not reaching people in minority communities and urban areas.

“Deidre took up the mantle and worked tirelessly to ensure that I.L.’s were opened in Black, Indigenous, and Latino communities,” Ms. Dunhamn said by email. “She believed in and worked for all disabled people; however, one of her greatest strengths was fighting for disabled people of color to also be at the table.”

Ms. Davis Butler went to Washington in 1987, first heading the Department of Education’s independent living program, then moving to the Equal Employment Opportunity Commission. There she directed the training initiatives that had been put in place to help implement the Americans With Disabilities Act (A.D.A.).

In addition to her role with the State Department, she was named by President Bill Clinton to the White House Office of Presidential Personnel, which oversees appointments for the administration.

Ms. Davis Butler took her expertise to the private sector in 2005, becoming the first director of A.D.A. services for Walmart. She helped ensure that the company’s facilities complied with the A.D.A. and promoted accommodations for both customers and staff members with disabilities.

She is survived by her husband, Juan K. Butler, whom she married in 2015; and two brothers, James Taylor Davis and Vincent Fish.

Ms. Davis Butler held strong views and wasn’t shy about voicing them. In one instance she called out the broader Black community, saying that it sometimes turned its back on Black people with disabilities.

“You’re ostracized by your own community because of a lack of understanding that disabilities rights are civil rights,” she told NPR in 2010.

She lived her belief that people should not be denied a chance to be full participants in life because of a disability. At the funeral, Mr. Hailes told of a trip they made in 1980 to Greensboro, N.C., to join in a protest marking the anniversary of the 1979 racial killings there known as the Greensboro Massacre. Their bus parked some distance from the protest staging area, and the ground in between was too rough to navigate in a wheelchair.

Some in their group thought Ms. Davis Butler should remain on the bus. “But she told me she was going to ride on my back,” Mr. Hailes said, “and she did” — he carried her to the staging site, where she joined in the protest.