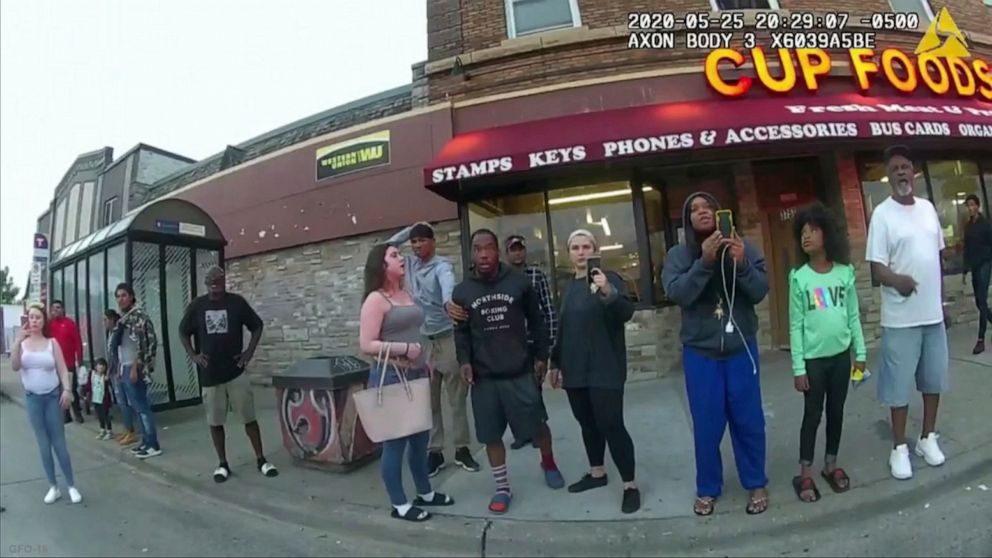 ST. PAUL, Minn. — The defense attorney for the third former Minneapolis officer charged with violating George Floyd’s civil rights as Derek Chauvin pressed his knee into Floyd’s neck rested his case Monday, after the officer testified that he didn’t realize how dire Floyd’s condition was until paramedics turned him over.

Thomas Lane testified that it was the first time he had seen Floyd’s face since officers had struggled with 46-year-old Black as they tried to arrest him. While Floyd was handcuffed, facedown on the pavement, Lane held Floyd’s legs and testified that he thought he saw Floyd’s chest rise and fall, and believed Floyd still had blood pressure based on the appearance of veins in his arm.

“What went through your mind when you saw his face there, once he was tipped over?” Gray asked.

All three former officers are all charged with depriving Floyd of his right to medical care. Kueng and Thao are also charged with failing to intervene to stop Chauvin in the May 25, 2020, killing that triggered protests worldwide and a re-examination of racism and policing.

The trial was nearing an end just as another major civil rights went to a jury Monday in Georgia. In that case, three white men are charged with hate crimes in the death of Ahmaud Arbery, the 25-year-old Black man who was chased and shot in February 2020.

Closing arguments in the Minnesota trial are scheduled for Tuesday.

Under cross-examination, Lane told prosecutor Samantha Trepel that he was trained that he had a duty to intervene and to provide medical care if needed. Lane said when someone doesn’t have a pulse, CPR should be started as soon as possible “in ideal situations,” but said that isn’t always possible in law enforcement.

Lane agreed with Trepel that medical aid should be provided if a person is passed out with someone on their neck. But he also said he didn’t know how much pressure Chauvin was applying or where exactly his knee was when Floyd passed out.

“It seemed reasonable at the time. Mr. Floyd’s been pretty unpredictable,” Lane said, noting that Floyd had fought his way out of a squad car when officers put him there while responding to a complaint that he had used a counterfeit $20 bill at a corner store.

Lane said officers at one point considered using a hobble — a restraint device that would have required that Floyd be put on his side so that he could breathe more easily. The hobble has straps that bind the ankles together, and can also attach to someone’s waist.

The officers decided against using it. Lane said Thao noted that if they used the device, they would have to call a supervisor to the scene. Also, Lane had called an ambulance because Floyd was bleeding and the device would have to be removed for paramedics, he said.

“It seemed kind of excessive because we had an ambulance coming,” Lane said.

Lane said he also suggested putting Floyd’s legs up, since he was kicking, but that “Officer Chauvin said, ‘No, we’re good.'” Lane also recalled Chauvin rebuffing him when he asked if Floyd should be rolled onto his side after he stopped resisting.

When a bystander said Floyd wasn’t breathing, Lane responded that he was. Asked why, Lane testified, “I could see his chest rise and fall.”

He said even after he couldn’t find a pulse in Floyd’s ankle, he thought Floyd still had blood pressure because he could see that the veins in Floyd’s arm were raised. Lane also said: “I could see the ambulance turn and I heard it before that.”

Once paramedics arrived, one checked Floyd’s pulse and put him on a stretcher. Lane said he did not understand how grave Floyd’s condition was until he saw Floyd’s face. Lane said he then got into the ambulance to help and was told to do chest compressions.

As he recalled efforts to save Floyd’s life, he paused a few times and sniffed.

“I wasn’t sure if he was breathing or not,” Lane said.

Paramedic Derek Smith testified previously that Floyd had no pulse, and other medical experts have said he likely stopped breathing minutes earlier.

Prosecutors have argued that the officers violated their training by not rolling Floyd onto his side or giving him CPR. Defense attorneys have attacked the department’s training as inadequate.

Thao testified last week that he was relying on the other three officers to care for Floyd’s medical needs while he controlled the crowd and traffic. Kueng, who like Lane was a rookie, said he deferred to Chauvin as the senior officer on the scene.

At the start of the monthlong trial, Magnuson selected a total of 18 jurors, including six alternates. As closing arguments were set to begin, 15 people remained — 12 who will deliberate and three alternates.

Lane, who is white; Kueng, who is Black; and Thao, who is Hmong American, also face a separate state trial in June on charges alleging that they aided and abetted murder and manslaughter.

Chauvin, who is white, was convicted in state court of murder and pleaded guilty in December to a federal civil rights charge.