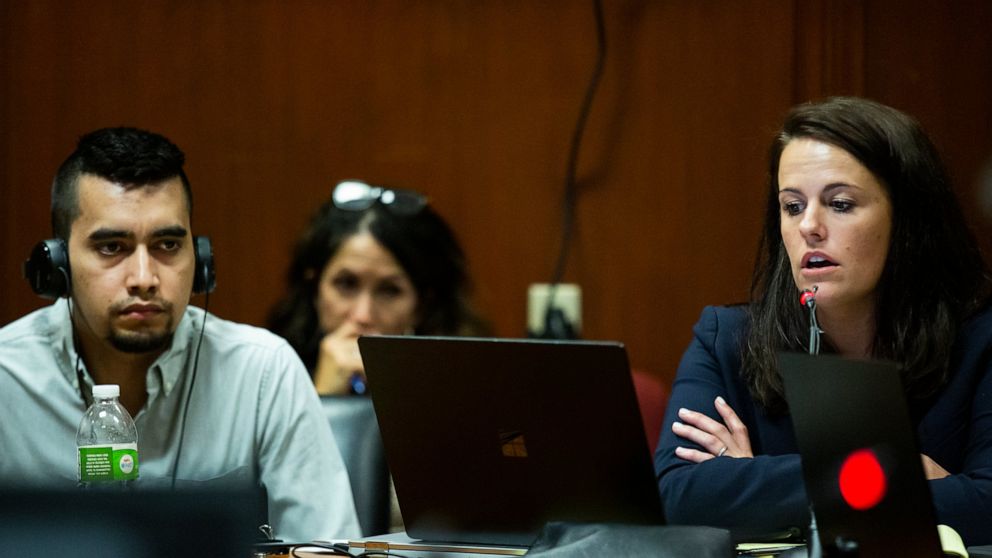 DAVENPORT, Iowa — The man on trial for the 2018 stabbing death of a University of Iowa student is a hard-working, family-centered immigrant from Mexico who was pressured into making a false confession, his defense told jurors Tuesday.

Jennifer Frese, a lawyer for Cristhian Bahena Rivera, said in her opening statement that their hearts should break for 20-year-old Mollie Tibbetts, but that authorities conducted an incomplete investigation into her death and were too quick to close the case.

“Her family deserves justice but so does Cristhian Bahena Rivera,” Frese said, standing next to her client.

Bahena Rivera’s defense declined to give an opening statement when the trial began last week, opting to do so after prosecutors rested their case on Monday.

His lawyers began calling witnesses Tuesday, questioning the confession and DNA evidence, and painting Bahena Rivera as a non-violent family man who crossed the border illegally from Mexico as a teenager in search of a better life.

They also kept working to raise suspicion about Tibbetts’ boyfriend, Dalton Jack, who testified again Tuesday about their up-and-down relationship. Jack was confronted with phone records showing he only called Tibbetts once in the days after she vanished, with Snapchat messages about his affair with another woman and with questions about his temper.

Police say they cleared Jack as a suspect after establishing he was out of town for work when Tibbetts went missing while on a run in her hometown of Brooklyn, Iowa, on July 18, 2018.

Her disappearance triggered a search involving local, state and federal agencies and hundreds of volunteers. Investigators say they began focusing on Bahena Rivera a month later after finding surveillance video showing his black Chevy Malibu driving back and forth near where Tibbetts had been seen.

Investigators said Bahena Rivera confessed during an 11-hour interrogation to approaching Tibbetts, fighting with her after she threatened to call the police, putting her body in his trunk and hiding it in a cornfield. They say he led them to the body, which was badly decomposed and hidden underneath cornstalks. Tibbetts’ DNA was found on blood spots on the rubber trunk seal and trunk liner of the Malibu.

Frese told jurors that the case was about a Mexican immigrant who came to the U.S. to earn better wages. She said Bahena Rivera “is a yes man” who did anything he was asked on the dairy farm where he worked, and cooperated when law enforcement showed up there and asked to question him.

She said the interrogation went “on and on” for hours, after Bahena Rivera had worked a 12-hour day.

“The confrontation continued until it was put in my client’s head, ‘perhaps you blacked out’,” she said. “The state in this case, they got what they wanted and they closed the case. They got what they needed. There was an intense amount of pressure to close this case, to arrest someone, for this vicious crime.”

Investigators say Bahena Rivera told them he “blacked out” and couldn’t remember how he killed Tibbetts.

The first defense witness called Tuesday was forensic consultant Michael Spence, who agreed that Tibbetts’ DNA was found on blood stains in the trunk, but said there was also unaccounted for DNA in the trunk, including at least one unknown male and female.

Spence conceded that it would not be surprising to find other DNA sources in a trunk of a vehicle that had been used, and that there are many ways they could have ended up there.

Iris Gamboa, the mother of Bahena Rivera’s daughter, testified Tuesday that she lived with him for four years before they broke up in 2017. She said he worked 12-hour days and only got two days off every two weeks.

She said he was a good father who paid $500 per month to support their daughter, was not violent toward them and never showed excessive anger. Bahena Rivera was also sending money back to his parents in Mexico and paying to build them a house, she said.

The defense showed jurors a photograph of a smiling Bahena Rivera and Gamboa with their young daughter at a family party in 2017. “He was happy that his daughter was happy,” Gamboa said. “It was a good day.”

Bahena Rivera’s aunt, Alejandra Cervantes, said he was known as playful around the family and that children love him. She recalled going to the sheriff’s office where Bahena Rivera was being interrogated but being unable to see him or get in touch with him by phone.