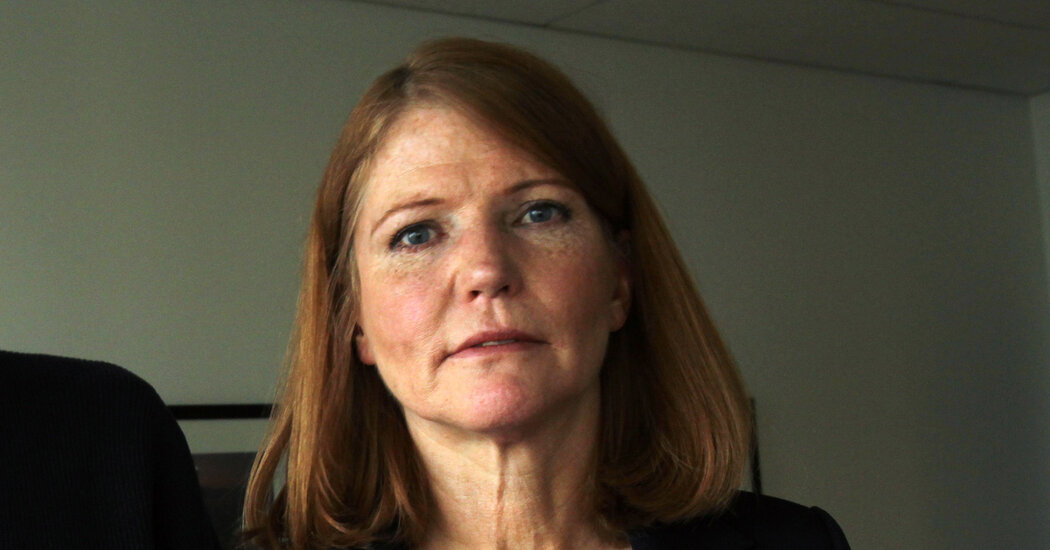 GUANTÁNAMO BAY, Cuba — A long-serving death penalty defense lawyer for one of the five men accused of plotting the Sept. 11, 2001, terrorist attacks has asked to be removed from the case, stirring new uncertainty about when the trial might begin.

It is ultimately up to the trial judge to decide whether the lawyer, Cheryl Bormann, or any defense lawyer can resign. If she is allowed to leave, the judge could be confronted with the conundrum of whether to slow or halt pretrial proceedings until her replacement is hired and brought up to speed.

Or the judge could decide that the man she represents, Walid bin Attash, be tried separately as an accused conspirator in the attacks, which killed nearly 3,000 people.

Ms. Bormann first appeared at the court in May 2012 for the arraignment of Mr. bin Attash and the four other accused plotters, including Khalid Shaikh Mohammed, the accused mastermind of the attack. The only female capital defense lawyer on the case, she drew attention by wearing a head scarf and a black abaya, a traditional robe worn by women in Saudi Arabia, where her client grew up.

In time, most other women working on the defense teams would follow her example and cover their hair; some also wore loosefitting clothing, in what they have described as a sign of respect for the religion of the men, whom they consider to be victims of C.I.A. torture. The attire has angered some relatives of Sept. 11 victims, who interpreted the gesture as submissiveness to the accused terrorists.

It is not clear why Ms. Bormann abruptly resigned. But she recently filed a court pleading that disclosed that her “performance and conduct” were under investigation by the Military Commissions Defense Organization, the Pentagon office that provides resources and lawyers to military commissions case.

Ms. Bormann said that she could not ethically represent the prisoner while the investigation was underway and asked that hearings this month be canceled. Instead, the judge, Col. Matthew N. McCall, has postponed the start of the hearings until March 21.

The judge gave lawyers and prosecutors until next week to file pleadings on whether he should release Ms. Bormann from the case.

Before Guantánamo, she practiced capital defense in Chicago, where she gained a reputation as a dogged fighter at the Cook County public defender’s homicide task force. She joined the war court bar after Gov. Pat Quinn of Illinois abolished the death penalty in 2011, and has used the plain-spoken language of a death-penalty defender in court arguments to make clear what is at stake.

“This is a case where the government seeks to kill Mr. bin Attash and these other four men,” Ms. Bormann reminded the judge in November. Defense lawyers were pressing Colonel McCall to order the government to release more information from the C.I.A.’s so-called black sites, where the Sept. 11 defendants were held and tortured before their transfer to Guantánamo in 2006.

At the heart of the issue confronting the judge is that Ms. Bormann serves as a so-called learned counsel, a lawyer with specific skills and experience in defending people at death-penalty trials. By law, each defendant in a capital case at Guantánamo is entitled to a learned counsel.

But no replacement is waiting in the wings, said Brig. Gen. Jackie L. Thompson Jr. of the Army. As the chief defense counsel for military commissions, he can hire lawyers for Guantánamo cases but does not have authority to fire them. He oversaw the investigation of Ms. Bormann.

Neither General Thompson nor Ms. Bormann would elaborate on the substance of the investigation.

“My ongoing concern for Mr. bin Attash prevents me from commenting,” she said.

The general said that he had taken no actions against Ms. Bormann in light of the investigation and that she still had security clearances and full access to her offices. Ms. Bormann met with the judge on Monday; her team members have twice met with him separately, once with Mr. bin Attash. General Thompson said that the judge “has what he needs” to decide whether to let her go.

In his view, he said, the other lawyers on her team — three civilians and two members of the military — do not qualify as learned counsel.

After the learned counsel for another defendant, Ramzi bin al-Shibh, obtained permission to leave the case in 2020 because of a heart condition, the Pentagon took several months to hire, fund and obtain security clearances for the new lawyer, David I. Bruck.

Mr. Bruck, one of the nation’s top capital defenders, said no five-person capital case had been tried to verdict in the modern history of the death penalty and asked for 30 months to prepare. The request was never ruled upon because the Guantánamo court was closed for more than 500 days because of the coronavirus pandemic.