Decoded: What Are Black Holes? 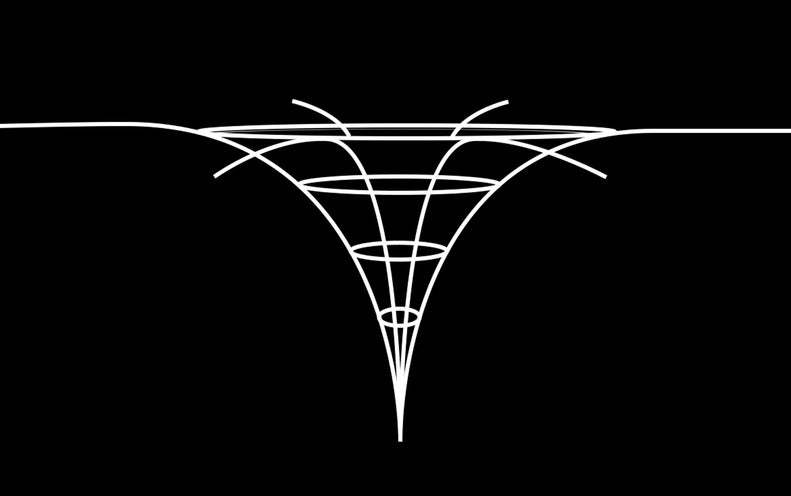 Black holes are dark objects in space that have intrigued scientists for centuries.

Studying them is like trying to solve a puzzle made of invisible pieces.

Nothing that crosses the Event Horizon ever makes it back out.

Not even light can escape a black hole’s gravitational force.

In his Theory of General Relativity Einstein showed us that what we perceive as gravity is actually the effect of the curvature that an object creates in spacetime.

The more massive the object, the bigger the curve hence the more gravity it exerts.At their core, black holes are points where spacetime curves infinitely.

This, like dividing by zero, is not mathematically possible. We named this area where our laws of physics and spacetime breakdown the “singularity.”

At this point density reaches infinity.

Supermassive black holes have the diameter of our sun but contain billions of times its mass.

Stellar black holes, the smallest type, can pack 3 times the mass of our sun in the diameter of a city.

They form when a star with 3 times the mass of our sun or larger, reaches the end of its life.

The star runs out of the elements that keep it stable.And collapses on its own gravity.

The star implodes and dies in a supernovae explosion.

And what remains will either be a neutron star or a black hole.

Judging by the number of stars massive enough to collapse into a black hole, scientists believe there may be billions of black holes in our galaxy alone.

The Milky Way contains a “few hundred million” stellar black holes and a supermassive black hole at its center called Sagittarius A*.

What happens to all the stars and galactic objects that fall into a black hole? Where does the physical information about them go?

According to Hawking radiation, a black hole radiates completely random particles around its surface.

Through this radiation process, black holes slowly evaporate, until after billions of years they one day disappear.

The information and mass of the objects it once absorbed, gone with it.

Does the radiation emitted contain quantum information? Do the objects absorbed get transported to another universe?

We don’t know, but two fields of science are especially concerned with this question.

Astronomy, as black holes could hold information about the origin of the universe.

And quantum mechanics, which holds the principle that information can never be lost.

Thanks to advances in technology we’ve been able to record gravitational waves caused by black holes colliding, take a picture of a black hole in a distant galaxy and study the activity of the objects and stars that surround them.

These exciting discoveries slowly bring us closer to understanding the mysteries that lie beyond the event horizon.

And challenge us to test and re-imagine how the world we live in works.