Daunte Wright’s family balks at plan to take down memorial 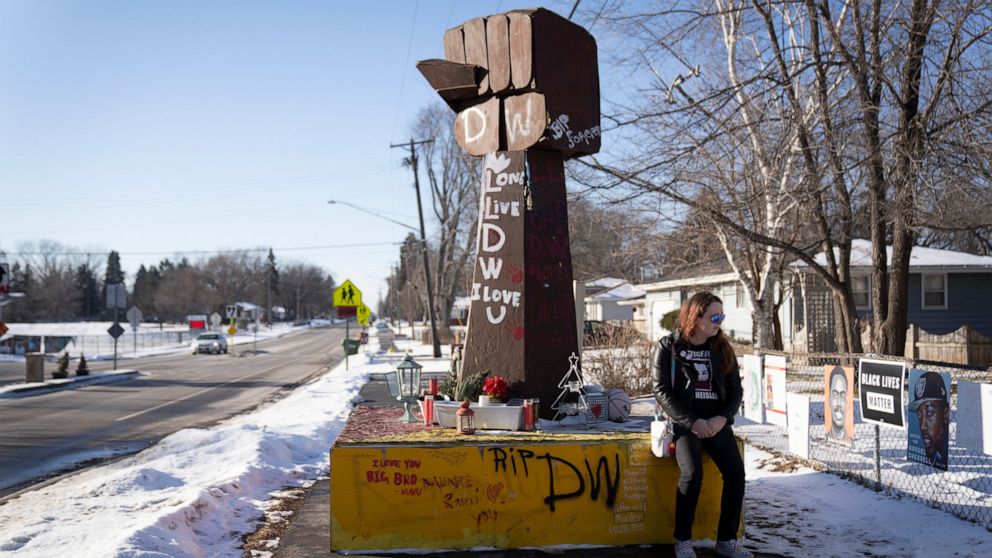 BROOKLYN CENTER, Minn. — Plans to take down a memorial at the suburban Minneapolis intersection where Daunte Wright was fatally shot by a police officer are on hold after his family complained.

Wright’s mother, Katie Wright, said she and her husband, Aubrey, along with the family’s attorney, Jeff Storms, will meet with Brooklyn Center city manager Reggie Edwards and the city attorney Troy Gilchrist on Tuesday after Edwards informed the family of plans to take down the memorial, the Star Tribune reported.

“Leave the memorial because it’s honestly not hurting anybody but it will hurt a lot of people taking it down,” Katie Wright, also sometimes uses the last name Bryant, said in an interview Sunday.

Daunte Wright, was killed on April 11 after Brooklyn Center officers pulled over the 20-year-old Black man for having expired license tags and an air freshener hanging from his rearview mirror — violations that civil rights activists say are used as a pretext to stop Black motorists. Kim Potter, the white former police officer who said she confused her handgun for her Taser when she fatally shot Wright, was sentenced last month to two years in prison.

Edwards wrote in an email Friday — one month before the anniversary of Wright’s death — that they “anticipate reopening the sidewalk/trail at 63rd and Kathrene early next week.”

He mentioned a few options about preserving the material at the memorial, saying the city could store them or asked whether memorial volunteers would want to gather and archive the material.

The city is interested in partnering with the family and memorial volunteers for a celebration on the anniversary, Katie Wright said, adding that Elliott has been supportive and “leading with his heart and doing what is right.” The venue of the celebration that weekend is to be determined, but a candlelight vigil will be held April 11 at the memorial.