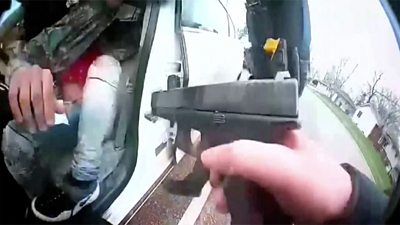 A police body camera captured the fatal traffic stop where 20-year-old Daunte Wright was shot and killed by police.

This video contains upsetting scenes but we have chosen not to show the moment Mr Wright was shot. Fatally wounded, he crashed a few blocks away.

The incident has sparked protests in Minnesota. Police Chief Tim Gannon said he believed the shooting was accidental.