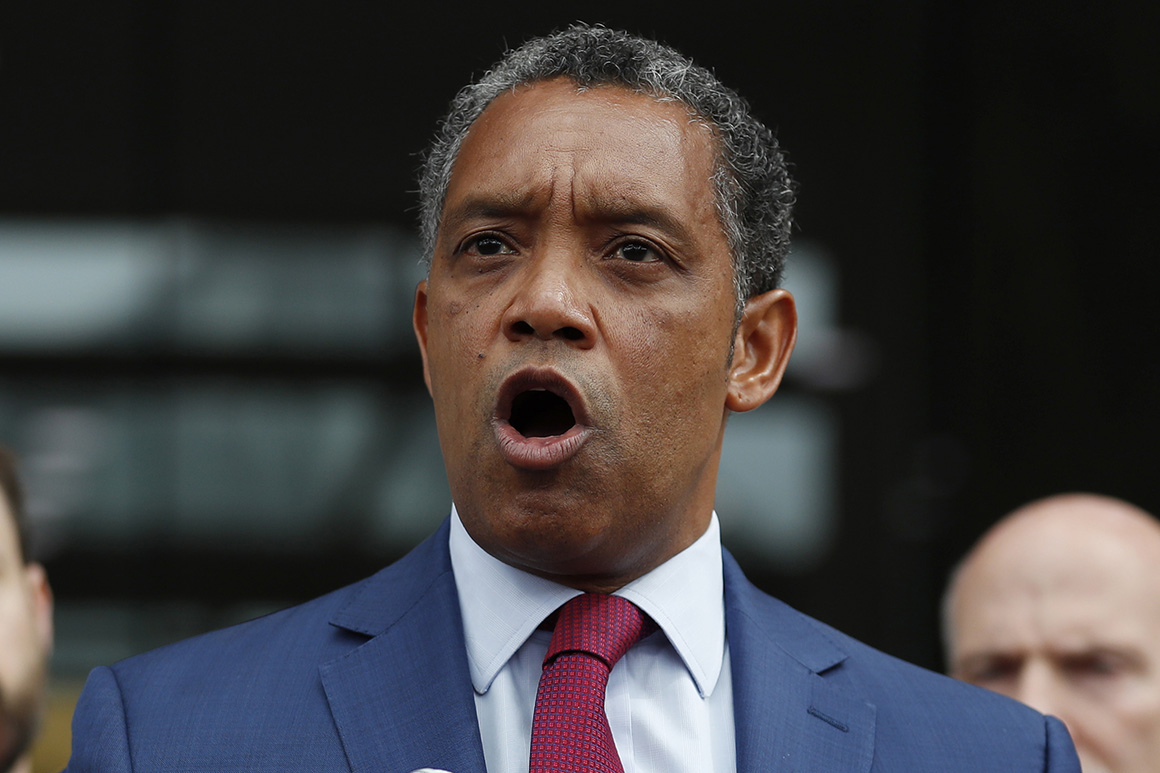 “For years, Amazon has controlled online retail prices through its restrictive contract provisions and policies,” he said.

An Amazon spokesperson disputed Racine’s remarks, saying in a statement that “sellers set their own prices for the products they offer in our store.”

“Amazon takes pride in the fact that we offer low prices across the broadest selection, and like any store we reserve the right not to highlight offers to customers that are not priced competitively,” the spokesperson said, arguing that the suit would lead to higher prices for customers.

A major move from a prominent player: The Biden administration has vetted Racine as a possible leader of the Federal Trade Commission, which has also been investigating Amazon for alleged abuses. Biden recently nominated Lina Khan, a top critic of Amazon’s business practices, to the FTC.

But Racine downplayed questions about his future Tuesday.

“The FTC matter is something that the president will decide who the best person to lead that is,” Racine said, declining to comment further.

The position is poised to play a key role as regulators at the FTC and Justice Department weigh their next steps as they push to rein in the power and practices of tech giants including Amazon, Facebook, Google and Apple.

A new legal threat: The D.C. suit marks another battlefront for the e-commerce giant, which has faced scrutiny from lawmakers and regulators in both the U.S. and Europe over allegations it has broken antitrust laws and stifled competition online.

Amazon in January was hit with a class-action antitrust lawsuit from top book publishers over claims it fixed the price of e-books sold on its marketplace. European Union officials separately accused the tech giant in November of violating the bloc’s competition rules by exploiting the data it collects from its third-party vendors.

House Judiciary lawmakers also targeted the tech giant’s competitive practices in their sweeping antitrust investigation of the digital marketplace during the last Congress.

The latest lawsuit alleges Amazon has violated D.C. antitrust laws by imposing so-called most favored nation contracts on vendors, which require them to price their products lower on Amazon than on competing platforms, such as eBay or Walmart. Racine told reporters Tuesday that his office has not sought to coordinate on the complaint with federal regulators but left open the possibility of other states joining the effort.

Attorneys general in Washington state, Connecticut and California have launched their own investigations into Amazon’s alleged competitive abuses.