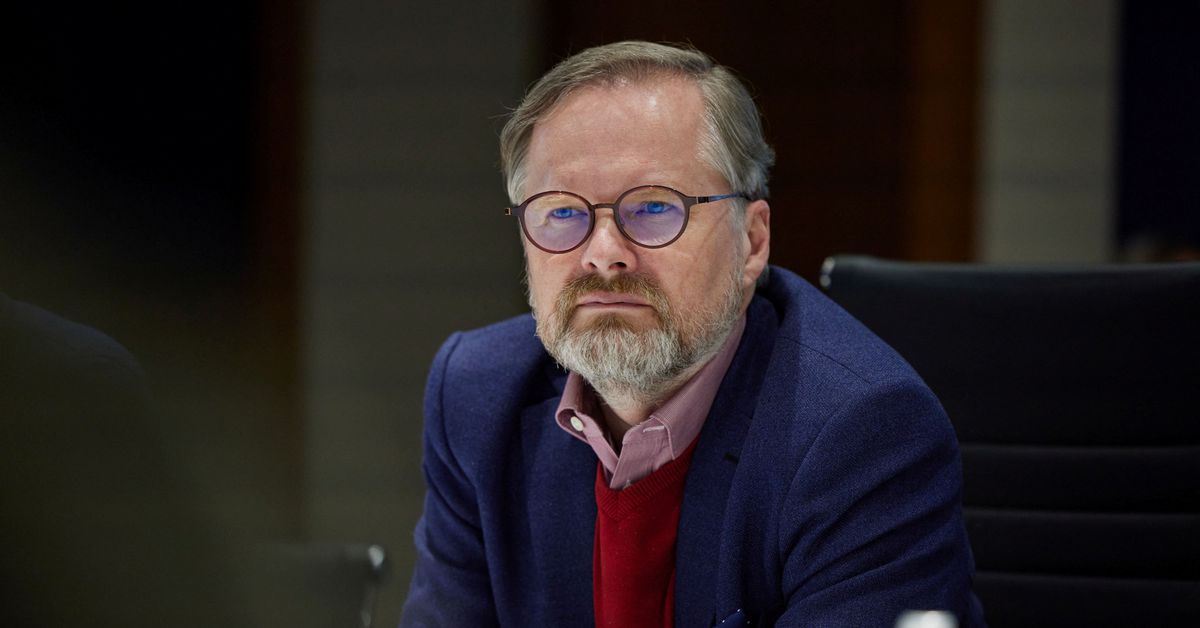 PRAGUE, March 16 (Reuters) – Ukraine needs more weapons to defend itself against the Russian invasion, Czech Prime Minister Petr Fiala said on Wednesday after returning from a visit to Kyiv.

He said the delegation – which included the prime ministers of Poland and Slovenia – also discussed sanctions, weapons and humanitarian aid, as well as possible future diplomatic steps with Ukrainian President Volodomyr Zelenskiy.

“Ukrainians are fighting immensely bravely, and fight smartly and strategically, but they only stand a chance against (Russia’s) huge advantage if Western countries supply enough military equipment,” Fiala told reporters.

“That is the task for these days, the Czech Republic is doing it, countries that took part in this mission are doing it and it is necessary to do it more strongly, for more countries to do it and for the supplies to be quick and if possible massive.”

Fiala flew to Prague from Poland on Wednesday after the delegation travelled to Kyiv on Tuesday by train in a show of support for Ukraine.

He, Poland’s Mateusz Morawiecki and Slovenia’s Janez Jansa received suggestions about possible further sanctions on Russia as well as other information that they would relay to European Union leaders, he said.