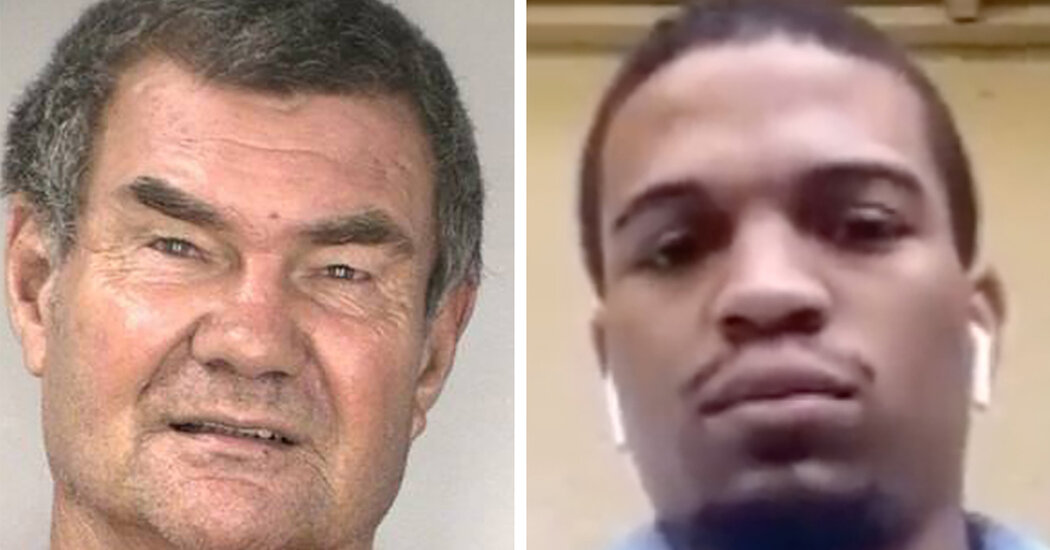 A Black manager of a Dunkin’ shop in Tampa, Fla., who fatally punched a 77-year-old white customer last year after he repeatedly used a racial slur in addressing him was sentenced this week to two years of house arrest, prosecutors said.

The employee, Corey Pujols, who was originally charged with manslaughter, pleaded guilty to the lesser charge of felony battery under a plea deal that will allow him to avoid jail time. Under the sentence imposed on Monday by Judge Christine Marlewski of the Thirteenth Judicial Circuit Court, Mr. Pujols, 27, will be on probation for three years after he completes his house arrest. He also must perform 200 hours of community service, and attend anger management courses.

The fatal confrontation took place last May 4, when Vonelle Cook, a store regular, began berating staff members after being upset with the service he received at the store’s drive-through window, the authorities said.

After being told several times to leave, Mr. Cook parked and went into the shop, while Mr. Pujols told another store employee to call the police, prosecutors said. The pair argued, separated by a counter. Then Mr. Cook used a racial slur, causing Mr. Pujols to walk through a swinging door and come face-to-face with Mr. Cook, prosecutors said.

Mr. Pujols “warned the victim not to say that again,” prosecutors said. “The victim repeated the racial slur, and Pujols immediately punched him in the jaw, which caused the victim to fall and hit his head.”

According to a police report, Mr. Cook never touched or tried to strike Mr. Pujols.

Efforts to reach Mr. Pujols and his lawyer on Wednesday evening were not immediately successful.

In a statement on Wednesday, Andrew Warren, the state attorney for Hillsborough County, said the plea deal “holds the defendant accountable while considering the totality of the circumstances — the aggressive approach and despicable racial slur used by the victim, along with the defendant’s age, lack of criminal record, and lack of intent to cause the victim’s death.”

Moreover, Mr. Warren said, it would have been a difficult case to win at trial, given Florida’s legal landscape.

“If you can shoot someone for throwing popcorn at you under Florida’s flawed Stand Your Ground law,” Mr. Warren said, referring to a recent case, “it would be hard to convince a jury that a person’s not allowed to hit someone who instigated a confrontation by storming into their business and barking the most aggressive and inflammatory term in the English language in their face.”

Court records indicate that Mr. Cook was a registered sex offender who had served time in prison after being convicted of several charges, including child abuse, possession of child pornography and sexual activity with minors. That followed a 2006 arrest in which thousands of images and videos of teenage boys and men having sex were found at a Tampa home owned by Mr. Cook.

Despite Mr. Cook’s legal troubles, his younger brother, Kenneth Cook, said that the plea deal was not justice. His brother had mobility issues and was a frail old man who looked forward every day to getting his cup of coffee at the Dunkin’ shop, Mr. Cook, 73, said in a phone interview. He said that he had told prosecutors that he would have liked to have seen Mr. Pujols receive a sentence of five years in prison and five years’ probation.

“I thought that’s a fair deal for taking a man’s life,” he said.