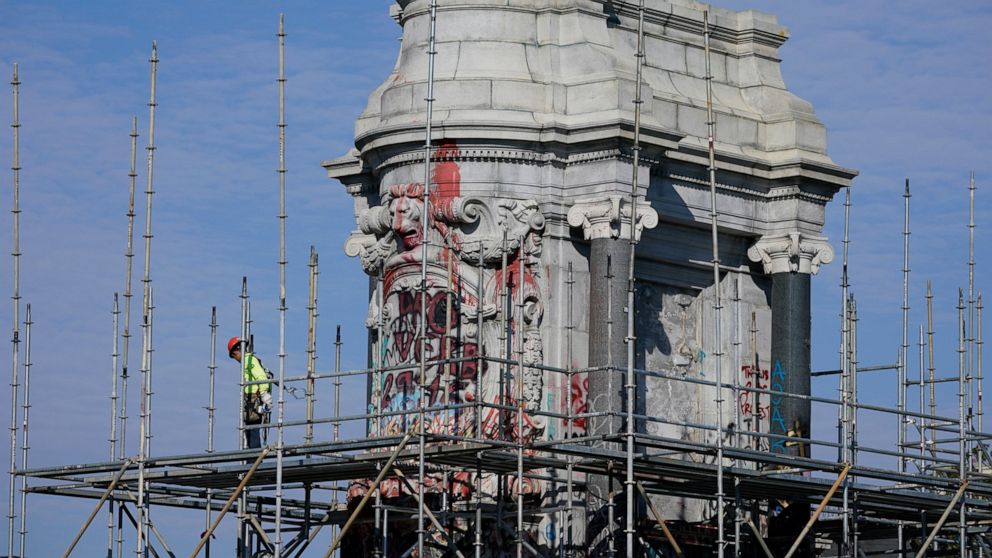 Preliminary work is underway to remove an enormous pedestal that until recently held a statue of Confederate Gen. Robert E

RICHMOND, Va. — Preliminary work to remove an enormous pedestal that until recently held a statue of Confederate Gen. Robert E. Lee got underway Monday in Richmond.

A crew was erecting scaffolding around the pedestal Monday afternoon, one of the first steps in what’s expected to be a weeks-long process.

Democratic Virginia Gov. Ralph Northam’s administration announced plans Sunday to remove the pedestal, which sits in the middle of a traffic circle along the capital city’s historic Monument Avenue. The governor also announced plans to convey the state-owned site to the city of Richmond after the pedestal is removed.

The disassembly process could start as soon as Tuesday, according to Dena Potter, a spokeswoman for the state Department of General Services.

Sunday’s announcement marked a reversal from September, when the Northam administration said the statue would remain in place while a process to reimagine the future of Monument Avenue played out. Other Confederate statuary was removed from the residential boulevard last summer following the protest movement ignited by the murder of George Floyd at the hands of Minneapolis police.

The removal comes just before Northam leaves office and GOP Gov.-elect Glenn Youngkin, who has expressed less enthusiasm about the statue’s removal, is sworn in.