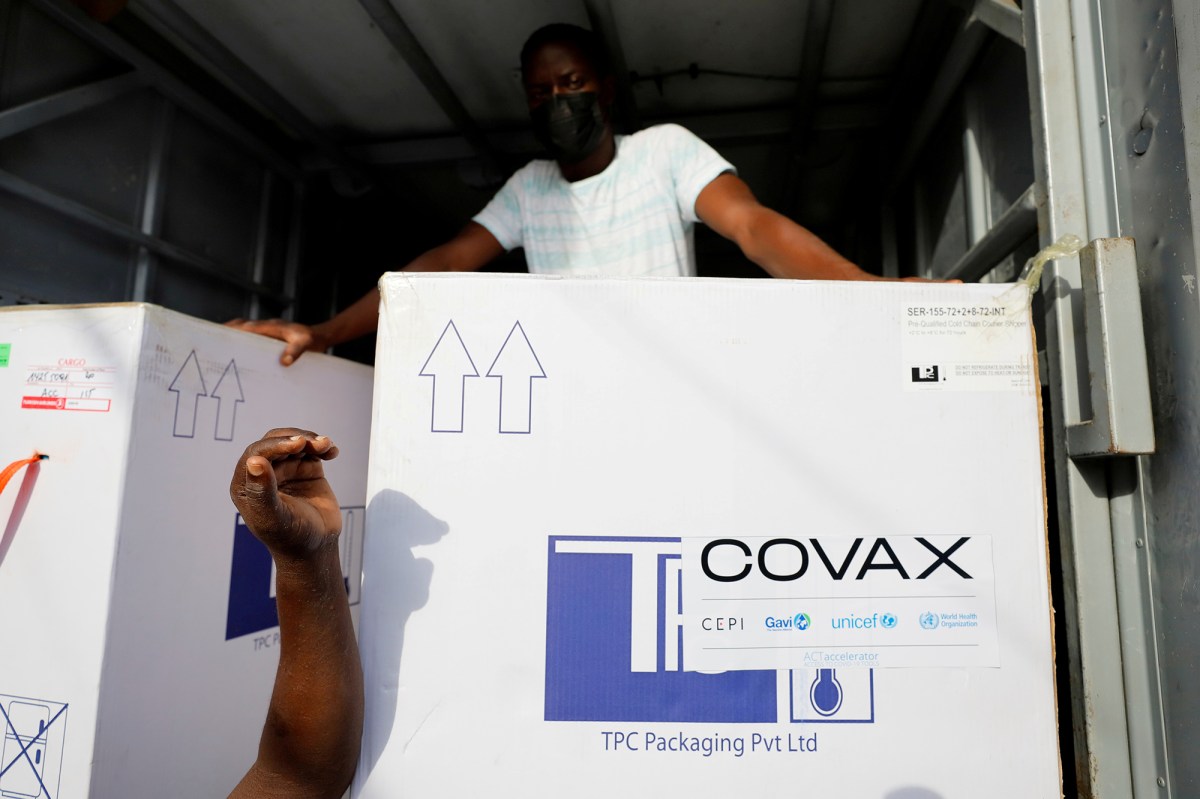 India’s export ban on COVID-19 shots risks dragging the battle against the pandemic “back to square one” unless wealthy nations step in to plug a gaping hole in the COVAX global vaccine-sharing scheme, health specialists said on Thursday.

COVAX, which is critical for poorer countries, relies on AstraZeneca shots made by the Serum Institute of India, the world’s biggest maker of vaccines. It was already around 100 million doses short of where it had planned to be when India halted exports a month ago amid a surge in infections there.

Rich countries with plentiful COVID-19 vaccine stocks must now share them immediately, at scale, the global experts said, otherwise the pandemic could be prolonged as the world struggles to contain a virus that is continuing to spread and mutate.

“It is a huge concern,” said Anna Marriott, health policy manager at the global charity Oxfam. She and others said it was imperative that wealthy countries and regions make good on their rhetoric and share excess vaccines now.

“The current approach that relies on a few pharma monopolies and a trickle of charity through COVAX is failing – and people are dying as a result.”

Reuters reported on Tuesday that India is extending its ban, meaning it is now unlikely to resume major exports before October.

Will Hall, global policy manager for the Wellcome global health trust, said COVAX’s heavy reliance on the Serum Institute left it vulnerable. India’s extension of its export ban made it even more crucial for rich countries to share doses via the scheme, he said, “not in six months’ time, not in a month’s time, but now”.

“We’re not going to beat this virus unless we think and act globally,” he added. “We all should be concerned about this – the more the virus continues to spread, the greater the risk of it mutating to a stage where our vaccines and treatments no longer work. If that happens we’re back to square one.”

A highly transmissible new variant of the novel coronavirus first identified in India has spread to several countries around the world.

COVAX aims to get vaccines to at least 20 percent of the populations of the more-than 90 low and middle-income countries signed up to receive the shots as donations. It has so far distributed about 65 million doses of mainly the AstraZeneca COVID-19 vaccine, many of them to Africa.

A spokeswoman for the GAVI vaccines alliance, which co-leads COVAX, said the facility was working hard to make up supplies.

“We’re trying to find different ways of making sure that those countries that have received the first dose are able to also receive a second dose and that vaccinations can continue,” she told Reuters. “What we need right now, to meet the immediate needs, is dose sharing.”

The United States said on Wednesday it would share a total of 20 million doses of Pfizer’s (PFE.N), Moderna’s and Johnson & Johnson’s (JNJ.N) vaccines by the end of June, donating a significant amount via COVAX, on top of 60 million AstraZeneca shots it had already planned to give to other countries. read more

EU trade commissioner Valdis Dombrovskis said this week that the bloc was working to significantly ramp up vaccine donations through COVAX in the second half of 2021. Vaccine sharing announced by EU member states has so far amounted to 11.1 million vaccines, he said, of which 9 million are being shared via COVAX.

Britain, meanwhile, will have enough surplus doses to fully vaccinate at least 50 million people in poorer countries once every adult at home has been fully vaccinated, according to analysis by UNICEF’s UK office last week.

The GAVI spokeswoman said COVAX’S reliance on the Serum Institute was based, largely, on its vast production capacity, ability to deliver at low cost and on assurances that it would be able to produce the millions of doses needed at speed.

“It always was COVAX’s plan to grow and diversify its portfolio to 10-12 vaccines but at the start of the year when approved vaccines were only slowly coming online, we had very few options available to us,” she said.