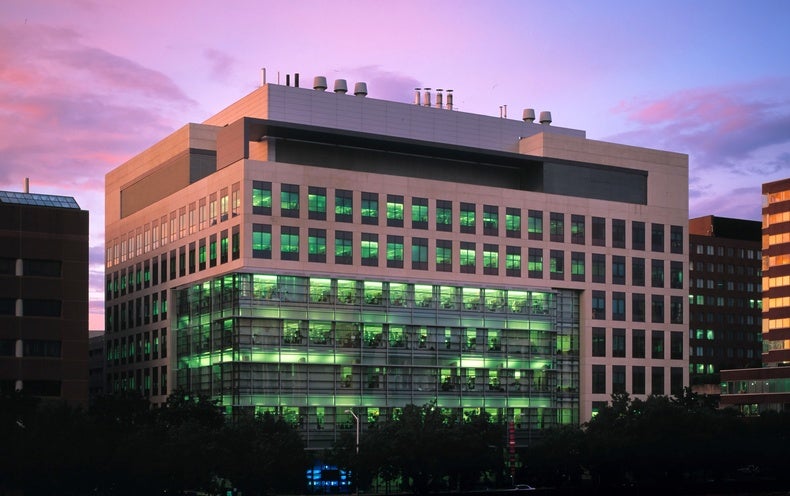 In a vast, unintentional public health experiment, millions of U.S. college students have descended on campuses to begin their fall semester with an unwelcome new arrival: the novel coronavirus. Severe COVID-19 outbreaks have already forced some campuses to close and move instruction online. Others have been fending off a surge in cases by relentlessly testing students and staff and isolating anyone whose results are positive.

In order to safely reopen, institutions of higher learning need the capacity to conduct a massive amount of coronavirus tests and get results back quickly. The Broad Institute of the Massachusetts Institute of Technology and Harvard University offers a program that can help meet this need. More than 100 colleges and universities in the U.S. Northeast have already contracted with the nonprofit biomedical research institution, whose expertise in high-volume genome sequencing allowed it to pivot to offering COVID-19 assays earlier this year. The Broad Institute is capable of providing results within 24 hours at a price of $25 per test (the prices of commercial laboratory assays vary but average around $130). As of mid-September, the institute had conducted more than two million tests—at least one million of them for colleges—with a positive rate of about 2 percent.

Representatives of several colleges and universities contracting with Broad told Scientific American they have so far been pleased with its testing efficiency, which—coupled with contact tracing and isolation of people who test positive—has helped keep case rates low. Although these are still early days, this type of rapid testing could be a model for reopening colleges and other institutions nationwide.

In March the Broad Institute quickly retooled its state-of-the-art facility to process COVID-19 tests from nursing homes and other institutions in the Massachusetts area. It has also developed its own test, which has received emergency use authorization from the U.S. Food and Drug Administration. In May several local colleges and universities reached out to the institute about the possibility of it providing large-scale testing. Broad worked with them to figure out how such a program would work. “This wasn’t just, ‘We’ll do a test,’” says Stacey Gabriel, senior director of the institute’s genomics platform, who is overseeing the COVID-19 testing program. “You also have to figure out how you’re going to basically onboard and teach these colleges how to order the test, how to do a nasal swab, how to label a tube. We set up couriers [to shuttle test collection kits between colleges and Broad]. There was a whole ecosystem that had to be created.”

Colleges working with Broad have been testing students when they arrive on campus. And most of them will be tested twice a week throughout the semester. Faculty and staff will also be tested either once or twice a week, depending on how often they are in contact with students.

Tufts University, which straddles Massachusetts’s cities of Medford and Somerville, is one of the 108 institutions currently contracting with Broad. Tufts is a member of the Association of Independent Colleges and Universities in Massachusetts, which approached Broad about testing in May. The university’s president Anthony Monaco is a geneticist himself: he used to run the Wellcome Trust Center for Human Genetics, a University of Oxford–based organization similar to the Broad Institute, and says he was confident that Broad could handle the volume of college COVID-19 testing. The institute had analyzed large quantities of genetic material for the Human Genome Project, so “I just thought they were probably the best place in the world to do this,” he says. “And it turned out to be true. They’ve kept to the turnaround times, and they’ve been a joy to work with.”

Tufts, where classes began on September 8, required students to quarantine in their dorm rooms as soon as they arrived on campus, and they could only leave to get a test, according to Monaco. Students from outside the region of New York, New Jersey and New England (as well as those from Rhode Island) were required to have three negative assays before ending their quarantine. Those who came from the region only needed one. The test involves individuals swabbing each their own nostrils under a health care worker’s supervision and then sealing the swab in a tube, which is later collected and sent to Broad for analysis. Results are returned in an average of 24 hours. If a student tests positive, that person is moved to an isolation unit and contact tracing begins. As of September 19, Tufts had had 29 positive cases out of a total of 47,100 tests—a rate of 0.6 percent.

Fewer than half of Tufts’s classes are being held in person, Monaco says. The university has several operational status levels that it can adopt, according to the shifting COVID-19 situation, and Tufts is monitoring early indicators of potential outbreaks. “There are three [scenarios] that we really are going to be watching carefully,” Monaco says. One is a spike in the general infection rate at the campus itself. “We’ll be watching that very carefully and saying, ‘Okay, at what point do we say that the rate is going up, and we’re not comfortable with it, and we want to change operations to try to reduce it?’” he says. Another scenario is an outbreak of infections at, for example, an on-campus dorm or off-campus housing. If contact tracing finds the transmission rate is above a certain level, that result would trigger another level of operation, Monaco says. The third situation would be an outbreak in the wider community outside the campus. “The whole district might decide to curtail activities, or the state may decide,” Monaco says. “Even if it’s not something we’re experiencing, we would react with the whole community to help.” There is not an exact threshold of case numbers that would trigger a complete shutdown because that decision would have to incorporate factors such as the capacity of isolation units, he adds. “We’re not going straight from where we are now to sending everyone home,” Monaco says.

Bowdoin College in Brunswick, Me., is also contracting with the Broad Institute. “If we were going to reopen and bring any students back, we needed to make sure that we would have three pieces,” says Mike Ranen, Bowdoin’s associate dean of student affairs and director of residential and student life, who works as its COVID-19 resource coordinator. “We would need community standards around social distancing, facial coverings and hygiene. We would need a robust contact-tracing program and be able to isolate positive students, as well as students who are in close contact and need to go into quarantine. And [we require] a robust testing protocol so we can quickly isolate students, ideally before they are able to spread [the disease] to other people.

Students returned to Bowdoin to resume classes as early as August 29, and only about 40 percent of the college’s total student body is on campus, Ranen says. During the first two weeks of class, students were tested three times per week. And they will be tested twice a week as the term progresses. Faculty and staff who have frequent contact with students take assays twice a week, and others do so once a week. Most of the college’s classes are remote, and students can attend them from a dorm room or one of several outdoor tents set up around the campus. As of September 18, Bowdoin has had three positive cases (one of whom tested positive before arriving on campus) among 5,982 student tests and no positives out of 5,270 employee tests.

Like Tufts, Bowdoin has a system of status levels based on the number of COVID-19 cases, usage of its isolation and quarantine facilities, and transmission in the surrounding area. “We don’t have an exact number for when we would either place a campus in more of a strict lockdown or close the campus. There’s going to be more of a holistic approach,” Ranen says. One consideration in shutting down the campus is whether it is safe to send students home. “We don’t want people … bringing the virus to their hometowns and their home communities,” he says.

It is not only private colleges that have partnered with the Broad Institute: the University of Massachusetts Amherst, a public research institution, also contracted with the nonprofit to provide testing. “We just thought it was a great fit, based on the turnaround time and based on the cost, which is obviously a big thing as well. The Broad Institute just became a really great partner for us,” says Jeffrey Hescock, UMass Amherst’s executive director of environmental health and safety and emergency management.

The university has converted its basketball arena into a Public Health Promotion Center where, which Hescock co-directs. There students and staff come to get tested either once or twice a week, depending on whether they live or work on campus. Individuals collect their own nasal swabs under supervision—often by students from the university’s College of Nursing and its School of Public Health and Health Sciences, Hescock says. As of September 17, the university had had 17 positive cases out of 41,716 tests. “We have a team every day made up of [epidemiologists] that meets at 10 in the morning to discuss the day before’s activities,” Hescock says. If someone tests negative, that person gets an e-mail. If someone test positive, a nurse will reach out to that individual and obtain a list of his or her close contacts. The nurse will then either follow up on those contacts or pass them off to a student contact tracer. “We’ve been extremely pleased with working with [the Broad Institute] and the turnaround time of the test results,” Hescock says.

Not all colleges and universities have been able to offer this kind of frequent testing, however. And even with testing, COVID-19 outbreaks have already erupted at many institutions across the U.S. Compared with most other parts of the country, the Northeast has benefitted from a lower rate of community transmission in recent months. But Gabriel says Broad’s testing program would not be hard to replicate elsewhere. “I don’t think it’s unrealistic at all,” she says, adding that some colleges and universities (such as Boston University and the University of New Hampshire) have been conducting their own testing. “Honestly, it’s just deciding to do it, which I think is half the battle.”

Read more about the coronavirus outbreak from Scientific American here. And read coverage from our international network of magazines here.

In Obesity Research, Fatphobia Is Always the X Factor