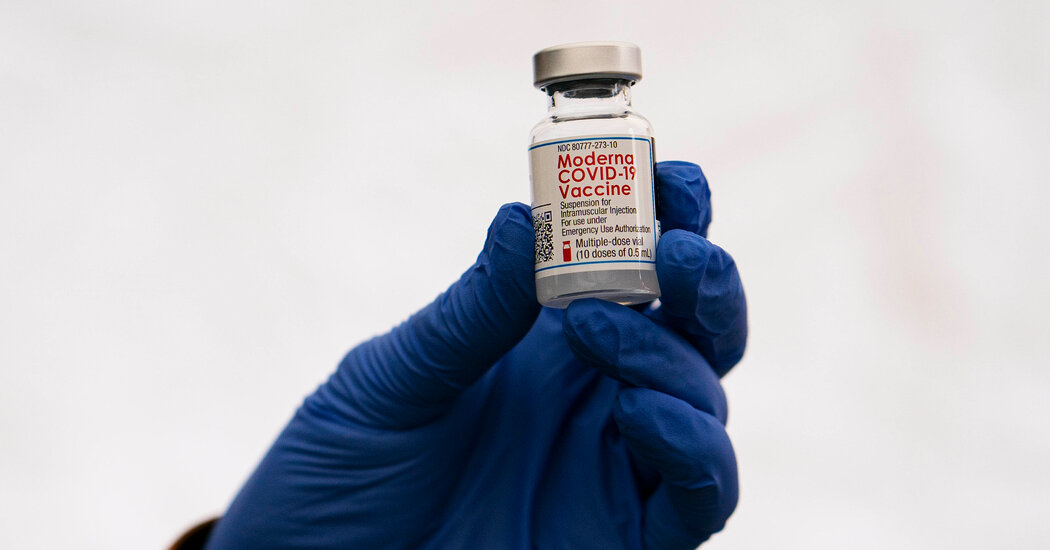 Jen Psaki, the White House press secretary, tested positive for the coronavirus on Tuesday for the second time in five months, one day before she was scheduled to join President Biden on a diplomatic trip to Europe.

Ms. Psaki took a test for the virus on Tuesday morning and it came back positive, she said in a statement, adding that she would not join Mr. Biden and top officials at a NATO summit where the president will press allies to use more economic sanctions to punish Russia for its invasion of Ukraine.

Ms. Psaki said that she had two meetings with Mr. Biden on Monday that were socially distanced, and that she and the president were not considered to have been in close contact based on guidance from the Centers for Disease Control and Prevention. The C.D.C. defines close contact as being less than six feet away from an infected person for a total of 15 minutes or more in a 24-hour period.

Mr. Biden tested negative for the virus on Tuesday, Ms. Psaki said in her statement.

“Thanks to the vaccine, I have only experienced mild symptoms,” she said. “In alignment with White House Covid-19 protocols, I will work from home and plan to return to work in person at the conclusion of a five-day isolation period and a negative test.”

Ms. Psaki’s positive case comes as the White House is grappling with the toll of an enduring two-year-old pandemic while also resuming the usual routine of the presidency, including overseas travel.

The administration has faced a series of positive cases in recent days. Last week, Doug Emhoff, the husband of Vice President Kamala Harris, tested positive. Ms. Harris stood alongside Mr. Biden during a bill signing that same day. The vice president tested negative on Sunday, a spokeswoman for her, Sabrina Singh, said on Tuesday.

Mr. Biden also had to cancel face-to-face meetings with Prime Minister Micheal Martin of Ireland last week after the prime minister received a positive result. The president was with Mr. Martin at a gala the night before but was not in close contact with him, according to White House officials.

Congress has seen a flurry of recent cases as well. Senator Bob Casey, Democrat of Pennsylvania, said on Tuesday that he had tested positive.

Hillary Clinton also announced a positive test result on Tuesday, writing on Twitter that she had “some mild cold symptoms” but was “feeling fine.” She said former President Bill Clinton had tested negative but was quarantining.

While virus cases in the United States have been on the decline, a highly transmissible Omicron subvariant known as BA.2 is spreading rapidly in parts of China and Europe. The spike in cases in Europe was caused in part because government officials relaxed precautions too quickly, a senior World Health Organization official in the region, Dr. Hans Kluge, said on Tuesday.

Still, White House officials have said they are focused on returning the United States to a place of prepandemic normalcy, and the White House has not reimposed mask-wearing mandates or capacity restrictions meant to mitigate the spread of the virus.

The C.D.C. issued guidelines last month that suggested that most Americans could stop wearing masks, and even before that, governors across the country had moved on their own to roll back pandemic restrictions.

The announcement of Ms. Psaki’s positive test came minutes after she was scheduled to deliver the daily press briefing with Jake Sullivan, the national security adviser. She and Mr. Sullivan were not considered to have been in close contact on Tuesday, White House officials said.

Ms. Psaki did not meet with Mr. Biden on Tuesday, the officials said.

Chris Meagher, a deputy White House press secretary, filled in for Ms. Psaki at the briefing. He said that no members of the news media were considered to have been in close contact with Ms. Psaki during the daily press briefing on Monday.

Ms. Psaki’s last positive test, in October, also came as the White House was preparing for international travel. She dropped out of a trip to Europe after learning that members of her family had contracted the virus. Her own positive test came days later.