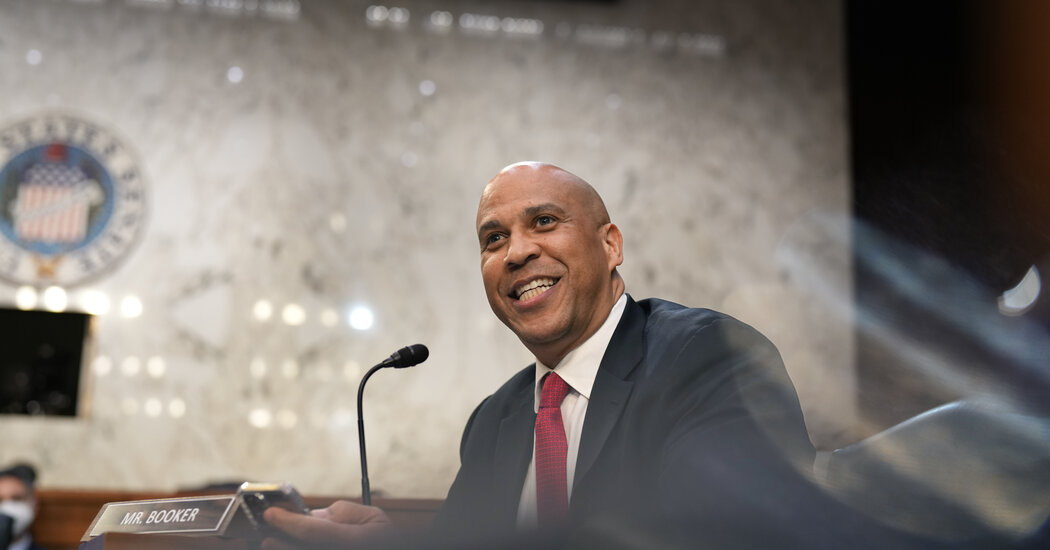 Judge Ketanji Brown Jackson was in the ninth hour of a grueling session of questions on Wednesday, having defended her record again and again under aggressive questioning and interruptions by Republicans when Senator Cory Booker, Democrat of New Jersey, began to speak.

Mr. Booker did not begin with a question. Instead, he encouraged Judge Jackson to sit back as he praised her ability to withstand a series of attacks with “grit and grace” and chided his Republican colleagues for “seeking to exploit the complexities of the criminal justice system” as they repeatedly assailed her for how she had handled several cases involving child sexual abuse.

He then began an emotional appeal to return the hearing’s focus to the historic nature of her nomination, invoking the nation’s history of civil rights advancement, her array of judicial accomplishments and his own emotion at witnessing her nomination.

In doing so, Mr. Booker, the only Black senator on the 22-member Judiciary Committee, offered Judge Jackson a respite from a series of conservative attacks and endorsed her candidacy for the Supreme Court in enthusiastic and emotional terms.

“You are a person that is so much more than your race and gender — you are a Christian, you are a mom, you are an intellect, you love books,” he said, as Judge Jackson wiped away tears.

“I see my ancestors and yours,” he added.

He continued: “You have earned this spot. You are worthy. You are a great American.”

Repeatedly proclaiming his joy over her nomination, Mr. Booker likened her to historical figures like Harriet Tubman and proclaimed Judge Jackson “my harbinger of hope” that the United States could live up to its promises of freedom and equality.

“This country gets better and better and better,” he said. “When that final vote happens, and you ascend onto the highest court in the land, I’m going to rejoice. And I’m going to tell you right now, the greatest country in the world, the United States of America, will be better because of you.”