Coronavirus Death Toll in the US Passes 400,000 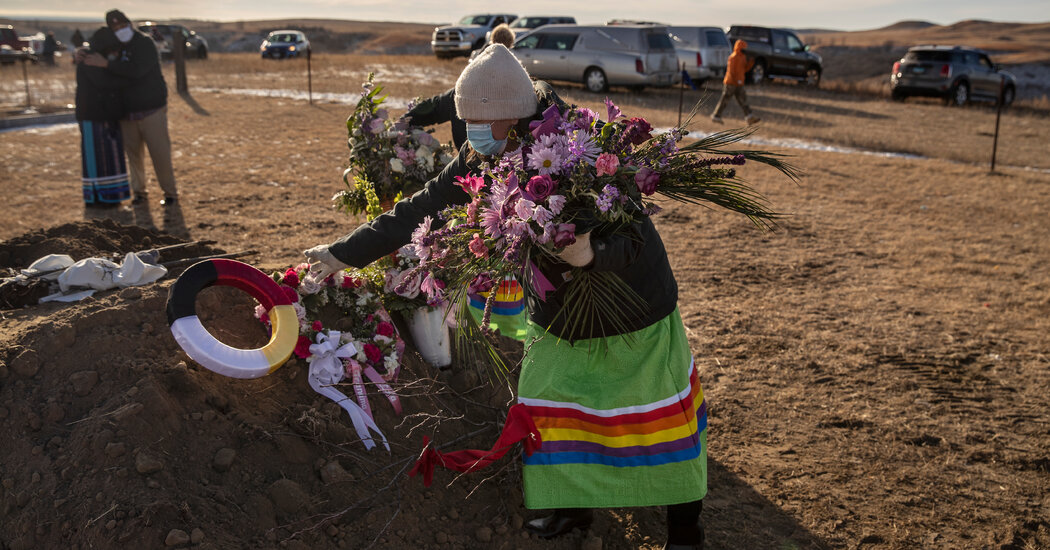 More than 400,000 people in the United States who had the coronavirus have died, according to data compiled by The New York Times on Tuesday, as the anniversary of the country’s first known death in the pandemic approaches.

The pace at which Americans have been dying accelerated through the fall and into the winter, exploding to record levels in January. During some weeks this month, the average deaths per day exceeded 3,300, more than the number of people killed in the Sept. 11 terrorist attacks. Tuesday’s harrowing milestone came a day after the United States surpassed 24 million total cases.

The single deadliest day of the pandemic so far was Jan. 12, when more than 4,400 deaths were reported. Unlike in the early days of the outbreak in the United States, which was centered in a handful of big, mostly Northeastern cities, this surge is widespread. As of Monday, Arizona, California, South Carolina, New York and Oklahoma had reported the most new cases per capita over the previous week. Much of the latest surge has been attributed to people gathering over the holidays, from Thanksgiving to New Year’s Eve.

The length of time it has taken to log each 100,000 deaths has decreased dramatically since the country’s first known Covid-19 death, which occurred in Santa Clara County, Calif., on Feb. 6, 2020. The first 100,000 U.S. deaths were confirmed by May 27; it then took four months for the nation to log another 100,000 deaths; the next, about three months; the latest, just five weeks.

Public health experts do not expect mortality rates to peak until the end of the month. By the end of February, the death toll might hit 500,000, a number that would have seemed unthinkable a year ago. Dr. Anthony S. Fauci, the country’s top infectious disease expert, estimated last March that up to 240,000 Americans might lose their lives, an enormous figure that still fell far short of reality.

The United States has had more total virus-related deaths than any other country in the world. In total, New York alone has recorded more than 40,000 known

deaths. In all, more than two million people have died with the virus worldwide, a number that is almost certainly an undercount.

The blame for the enormous loss of American life, many experts say, lies in a failure of leadership by President Trump, whose administration politicized the use of masks and left states to implement a patchwork of inconsistent measures that did not bring the virus under control.

“It wasn’t that he was just inept,” said Jeffrey Shaman, a Columbia University professor of environmental health sciences who has modeled the virus’s spread. “He made something that could have very easily turned into a point of patriotism, pride and national unity — protecting your neighbors, protecting your loved ones, protecting your community — into a divisive issue, as is his wont, and it cost people’s lives.”

President-elect Joseph R. Biden Jr., who is set to be inaugurated on Wednesday, has called for an aggressive national strategy to beat the virus, including ramping up the availability of Covid-19 vaccines, though he has not committed to a federal mask mandate.

“You have my word that we will manage the hell out of this operation,” Mr. Biden said on Friday, noting the disproportionate deadly outcomes of the virus for Black, Latino and Indigenous Americans. “Our administration will lead with science and scientists.”

With the virus rampaging everywhere for so many months, hospitals have been stretched. In rural areas, doctors have at times been unable to transfer gravely ill patients to larger medical centers for more sophisticated treatment.

As of Monday, the seven-day average of cases across the United States was 200,000 a day, though it has started to decline from recent weeks. Hospitalizations also have finally begun to level off and on Sunday reached their lowest level since Jan. 2. In the Midwest, hit by its worst surge in the fall, case numbers have fallen sharply in recent weeks, but that progress seems to be slowing.

However, new variants of the virus, some of which make it more transmissible, could soon spread throughout and threaten to make infections rise again.

“There’s no clear end in sight anytime in the near future,” said Ira M. Longini Jr., a biostatistics professor at the University of Florida.