Corey Johnson, a presumed front-runner in next year’s N.Y.C. mayoral race, drops out. 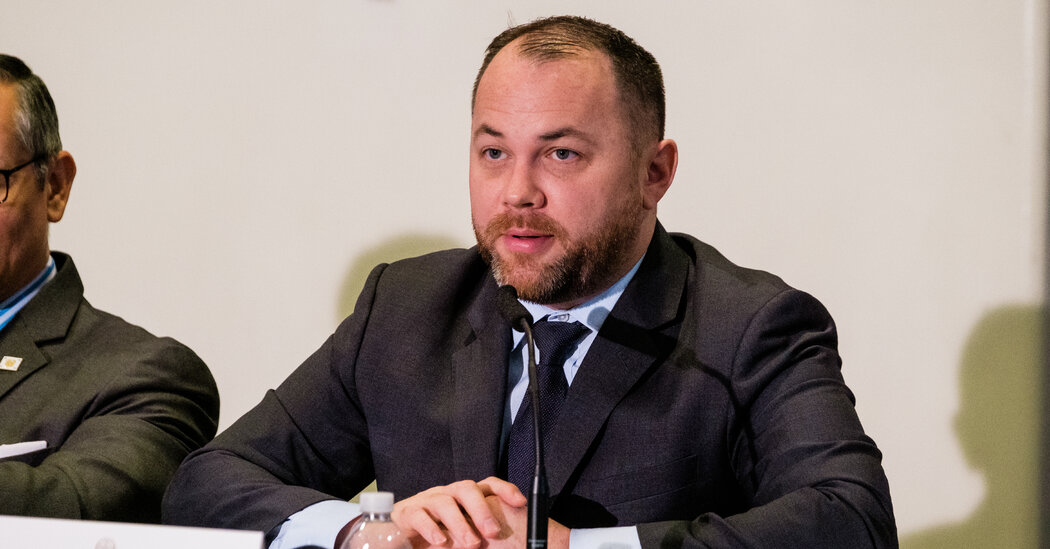 Corey Johnson, the New York City Council speaker and a presumed front-runner in the 2021 contest to replace Mayor Bill de Blasio, withdrew from the mayoral race on Thursday.

“This challenging time has led me to rethink how I can best be of service to this city,” he said in a statement, “and I have come to the conclusion that this is not the right path for me.”

Mr. Johnson’s exit reflects how the country’s largest city has been upended in six months — economically, socially and politically — by the coronavirus pandemic and Black Lives Matter protests.

No one knows when or how the city, which has so many offices, restaurants and businesses still empty, will fully return to its paces, or whether people will feel comfortable on crowded subway trains or sidewalks.

What seems clearer is that formidable challenges await the city’s next mayor, with tax revenue dropping, multi-billion-dollar budget gaps looming, and a pressure campaign to de-emphasize or defund the police that modest cuts in the police budget did not defuse.

The fight over police funding took a toll on Mr. Johnson, who had pledged to cut $1 billion from the police budget. By late June, it became clear that divisions on the Council would make it impossible to do so, leaving Mr. Johnson apologetic and near tears.

Mr. Johnson, 38, who won a following by casting himself as the spirited antithesis to the often aloof Mayor de Blasio, is prevented by term limits from seeking a third consecutive term on the Council, but has not ruled out a future run for another office such as Congress.

Mr. Johnson, who is white, was considered to be among three leading candidates, all Democrats, to replace Mr. de Blasio. The others were Eric Adams, the borough president of Brooklyn who is Black, and the city comptroller, Scott M. Stringer, who is white.

The recent congressional primary victories in the New York City area of three candidates of color — all three Black and Latino, and two of them gay — may signal that Democratic voters might be more receptive to someone other than a white man.

Still, Mr. Stringer, who officially announced his candidacy earlier this month, may be the prime beneficiary of Mr. Johnson’s decision not to run: The two were thought to appeal to similar swaths of voters.