Conway says the more violence erupts, ‘the better it is’ for Trump’s re-election prospects. 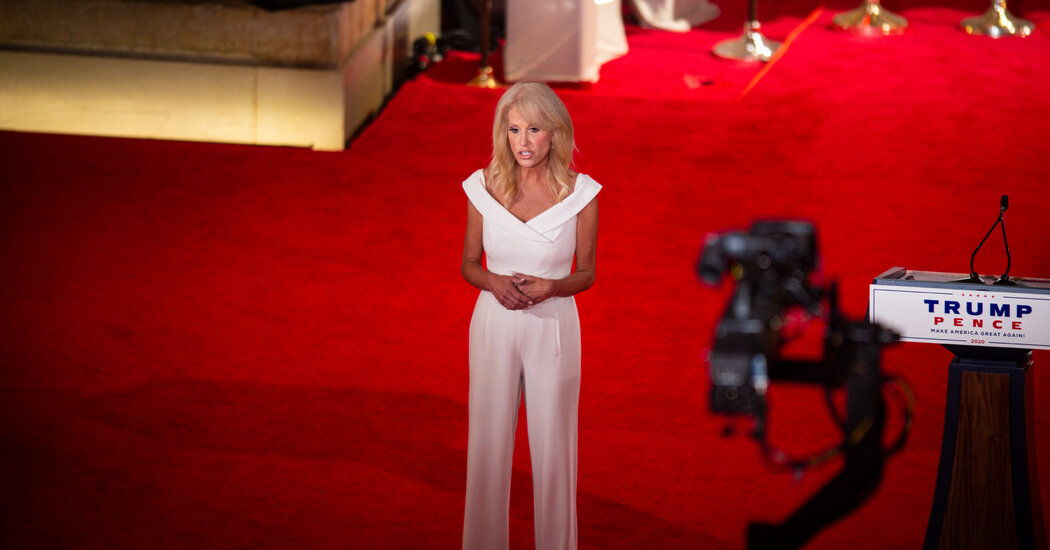 Kellyanne Conway, President Trump’s departing counselor, said on Thursday that Mr. Trump stood to benefit politically from the kind of unrest that erupted this week in Kenosha, Wis., after the police shooting of an unarmed Black man, Jacob Blake.

“The more chaos and anarchy and vandalism and violence reigns, the better it is for the very clear choice on who’s best on public safety and law and order,” Ms. Conway said on “Fox & Friends.”

She had been asked on the program to respond to criticism from the Biden campaign and Pete Buttigieg, the former Democratic presidential candidate, that Mr. Trump was responsible for societal divisions that have been magnified by the protests this summer over police brutality and racial injustice. She told the interviewers she had seen a quote from a Wisconsin restaurant owner to the effect that protesters were actually helping to get Mr. Trump re-elected.

Mr. Biden took issue with Ms. Conway’s remarks in an interview on MSNBC Thursday afternoon. “He views this as a political benefit to him,” Mr. Biden said of the president. “You know, he’s rooting for more violence, not less, and is clear about that.”

Symone Sanders, a senior adviser to the Biden campaign, condemned Ms. Conway’s comment on a Zoom call with reporters, saying, “Donald Trump has stoked this climate for years because of the sick mentality that she just displayed, thinking it will help him somehow politically.”

The political clash came five days into protests over the police shooting in Kenosha, a city of 100,000 people midway between Chicago and Milwaukee. Some of the protests have turned violent, and on Tuesday night two people were shot dead. An Illinois teenager who proclaimed support online for pro-police causes like Blue Lives Matter has been charged with first-degree intentional homicide in connection with the shootings.

Ms. Conway, who managed Mr. Trump’s 2016 presidential campaign and is one of his longest-serving aides, spoke at the Republican National Convention last night. She announced last week that she was stepping down to spend more time with her family.