Mebane, N.C. — A convoy of truck drivers protesting COVID-19 pandemic mandates will leave for the Triangle on Friday afternoon.

The group gathered at a Petro station along Interstate 85 in Mebane, about 40 minutes west of Raleigh, around 8:30 a.m. By 1 p.m., the truck drivers plan to follow Interstate 40 into the heart of downtown Raleigh.

The convoy was originally scheduled to leave for Raleigh at 9 a.m., which would have caused a big disruption during the morning commute, but an organizer told WRAL News plans changed. 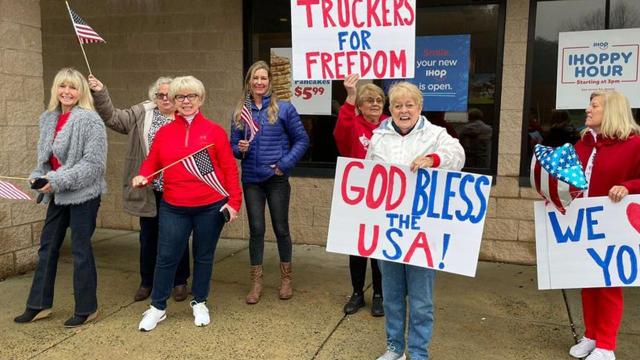 WRAL’s Keenan Willard described multiple personal vehicles and tractor trailers were getting ready for the convoy at the truck stop Friday morning. Around 50 people were there for the protest.

When asked why they were protesting, one driver said it was for freedom. 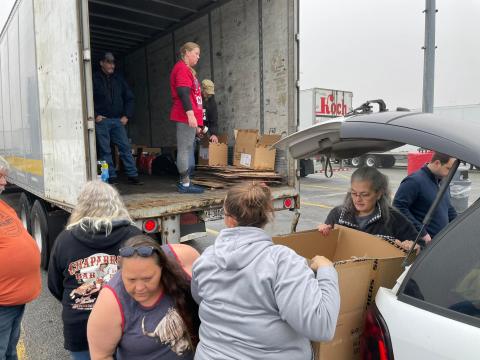 Preparations are already in place at the legislative building, where on Thursday Raleigh police placed “No Parking” signs on streets surrounding the building. The parking ban extends from 8 a.m. on Friday until 5 p.m. on Sunday.

Both Raleigh and State Capitol police said they are aware of a potential protest that could block streets downtown.

WRAL News obtained an email sent to employees of a state agency saying “there will be street closures.”

“As of right now,” it says, “both Jones Street and Lane Street will be closed for a two-block stretch beginning at Blount Street and ending at Salisbury Street.” 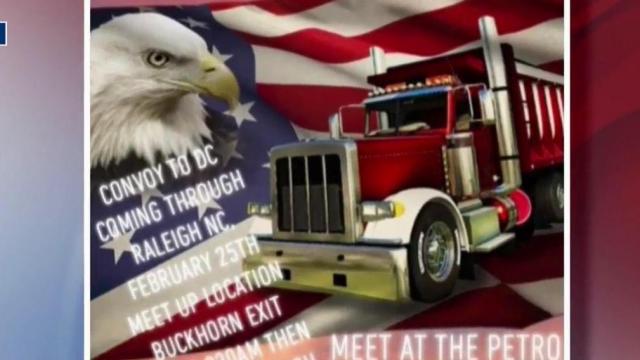 On Facebook, the event names Blake Horton as the host and says truckers will convoy to Raleigh, where “a peaceful protest will then be held.”

A State Capitol Police spokesman sent WRAL News a statement saying the agency “will be monitoring events tomorrow and through the weekend; however, we cannot discuss details of security plans.”

Similar trucker protests have already happened in Canada, and another convoy is headed to Washington, D.C., this weekend.

The demonstration has been inspired by the often tumultuous trucker protest in Canada in recent weeks. National Guard troops and local police are preparing to deal with massive traffic backups and attempts to blockade downtown Washington.