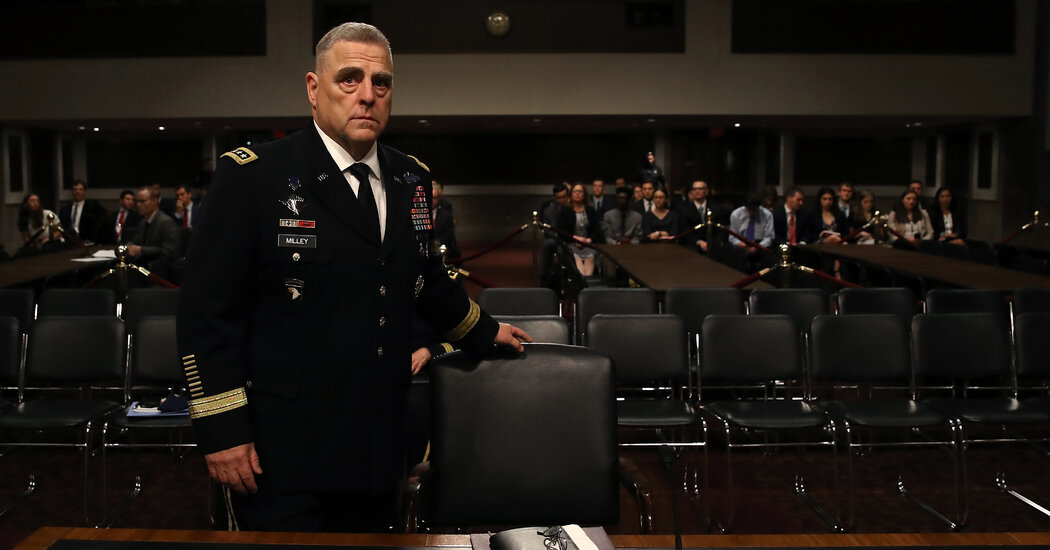 Congress also has become more interested in examining long-held positions by military and diplomatic officials that have yielded few new results, a point Mr. Kaine has made in several recent hearings. “We have to get out of saying the same thing over and over again,” he said, “because the results are showing that it wasn’t working to deal with sexual assault, it has not been working in some of these military engagements and it is not necessarily working in some other areas.”

“Let’s get out of the platitude mode,” Mr. Kaine added.

There are perhaps few areas in which Congress has more openly rebuffed generals than in the movement to overhaul the handling of sexual assault cases by taking them outside the chain of command and assigning them to military prosecutors. While Ms. Gillibrand and others have pushed for such a system for years, a majority in Congress had accepted military leaders’ contention that such a shift would undermine discipline.

But Ms. Gillibrand now has more votes than she needs to pass such a measure, including from some who once voted against it, and she has recently brought on Representative Michael R. Turner, Republican of Ohio, to champion a companion measure in the House.

“Senator Gillibrand has the opportunity to do something too rare today in Washington: deliver on a transformative, bipartisan and bicameral solution,” Mr. Turner said.

Such changes — as well as those pushed by Congress to better integrate women into all aspects of combat and military life — reflect broader societal shifts, too, since the military, as ever, mirrors American culture.

“These things are all connected,” said Chuck Hagel, a former Republican senator who served as defense secretary under Mr. Obama. “Who makes the decision to send men and women to war? Who makes the judgment on their conduct? That has to come from society. It’s how we live and respond to each other.”

While Republicans and Democrats will continue to spar over Pentagon funding and other national security issues, the era of pushback against the omnipotence of generals now seems part of the culture of Congress.